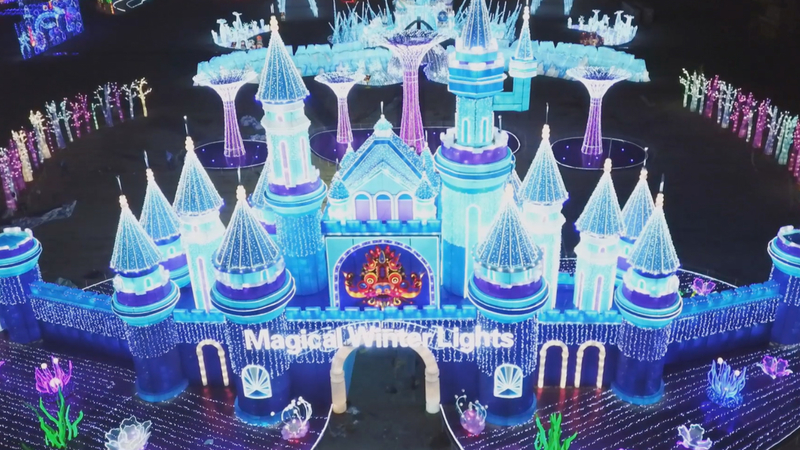 NEW YORK -- Get into the holiday spirit with The Great Christmas Light Fight on ABC! The show's 7th season kicks off with a special two-hour premiere.

Carter Oosterhouse and Taniya Nayak return as your favorite traveling hosts. They went around the country to tour the most dazzling and impressive displays.

One big change for this year, we'll actually get to tour the inside of some homes to check out their interior decorations.

"When people invite random people off the streets into their homes, that's crazy, that's committed," Oosterhouse said. "It's committed to the display and to the holiday season."

Each week, we'll see four families battle it out with their displays to win $50,000.

"There's this Light Fight community, and they all help each other out," Nayak said. "One Light Fighter might reach out to someone in another state that's done it before and they're all so helpful to each other."

The lights take months for the families to put up and if you are wondering if they keep them up year round, they don't!

"All of them, so far, that I've worked with have taken their lights down after it's over and then put them back up," Nayak said.

"Most people are so dedicated that they are in it to win it every single year," Oosterhouse said. "They are committed, they want to change it year after year, make it bigger, brighter, better, and that's why we showcase them."

In addition, Oosterhouse and Nayak say that they don't know anything about the families or their displays before they show up.

"We don't even know their last name, we don't know their address, we know nothing!" Nayak said. "When those lights go on, it's genuine!"