Donovan Bazemore, 10, performed locally in Ragtime at the Arden in Old City and Rachel at the Quintessence Theater.
WPVI
By Christie Ileto and 6abc Digital Staff 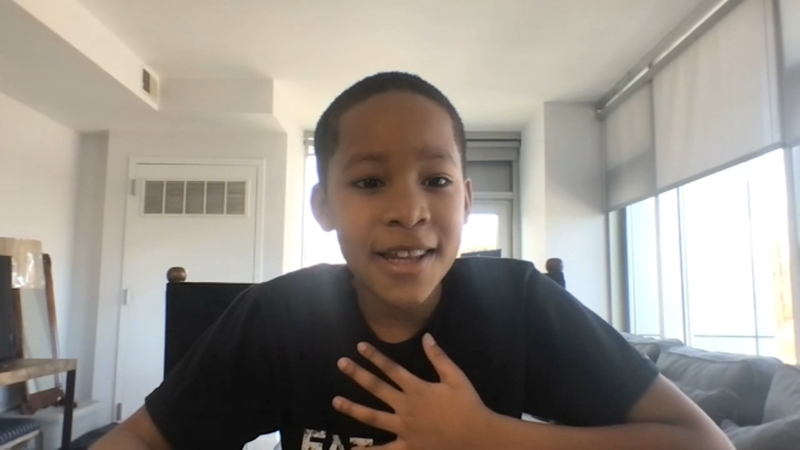 UPPER CHICHESTER, Pennsylvania (WPVI) -- While Broadway is back, the curtain is rising for a 10-year-old from Upper Chichester, Delaware County, who landed what he calls the role of a lifetime.

He's making his Broadway debut next week as Simba in the Lion King.

Donovan Bazemore, 10, landed the role of his dreams earlier this year.

The Lion King on Broadway, a Disney classic, is one of the longest-running stage productions.

He says he's only been working towards this goal for two years.

"This is the show that I started acting for," he said. "The first Broadway show that I saw was The Lion King. I saw when it was eight, and it inspired me to act."

He's one of two Simbas and began rehearsals in the Big Apple last month.

Bazemore performed locally in Ragtime at the Arden in Old City and Rachel at the Quintessence Theater.

He has also appeared on a couple of television series. But for the 10-year-old, Simba is a role of a lifetime.

The Lion King show opened on Broadway in November 1997 and has had an open-ended run, excluding the shutdown of the pandemic.

Bazemore makes his debut next Tuesday.