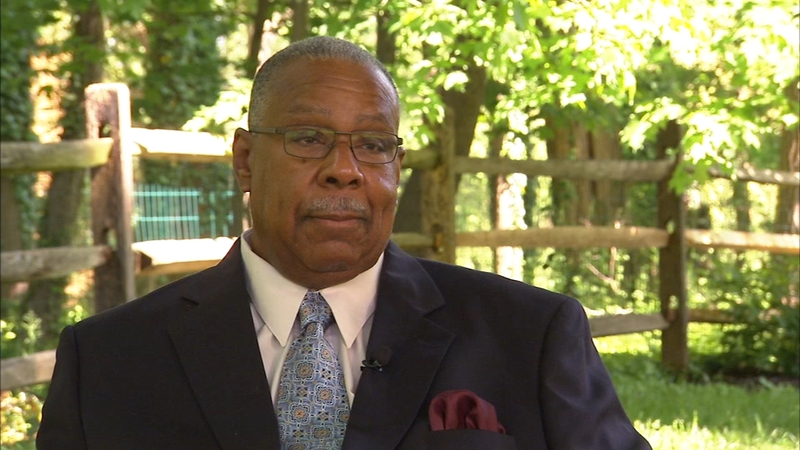 It was March 28, 1979, when the partial meltdown of one of the reactors at the energy plant near the Susquehanna River 10 miles from Harrisburg, Pennsylvania, sent radioactive gas escaping into the air and sparked days of panic and confusion for residents in the area and across the country who feared they were witnessing their worst science-fiction nightmares come true.

A new Netflix documentary, "Meltdown: Three Mile Island," that premiered Wednesday is bringing attention back to that day.

ABC News and 6abc were on the ground covering the incident as it unfolded.

In 2020, as part of 6abc's 50 years of Action News retrospective, longtime reporter Vernon Odom recalled his days reporting on the disaster.

"I went up (to Three Mile Island), part of my courageous newsman image. We started to realize how dangerous that situation was getting to be," Vernon said.

Just after 4 a.m. on that 1979 spring day, an electrical mechanical failure caused a water pump in the Unit 2 reactor to conk out, setting off a terrifying series of events that were compounded by human error and delays in notifying the public.

A broken pump disrupted the flow of water that cooled the reactor, causing the partial meltdown of uranium fuel rods and allowing radioactive gas to build up in the reactor and some of it eventually seeped through its four-foot thick containment walls into the atmosphere, officials said. The meltdown created a hydrogen bubble in the damaged reactor and officials worried that it would blow.

Harrisburg resident William Whittock told ABC News at the time that he didn't need officials to tell him that something had seriously gone wrong at the plant.

"I heard a very loud noise that sounded like a huge release of steam," Whittock said in an interview the day of the accident. "I looked out the window, and it was dark, but you could see from the lights that there was a geyser of steam rising up in the air."

But for several days, officials, including then-Pennsylvania Gov. Dick Thornburgh, didn't realize the gravity of the problem and struggled to explain it to the public -- even though a supervisor at the plant had declared an emergency just hours after the accident and the station manager sounded a general emergency for the nearby public that serious radiological consequences were possible.

Odom saw Thornburgh at the scene and asked him if things were safe and if the operators had everything under control.

"He said, 'I'm not sure Vernon, if you could find out, here's my phone number. Call me. Let me know.' He was hot under the collar," Odom said. 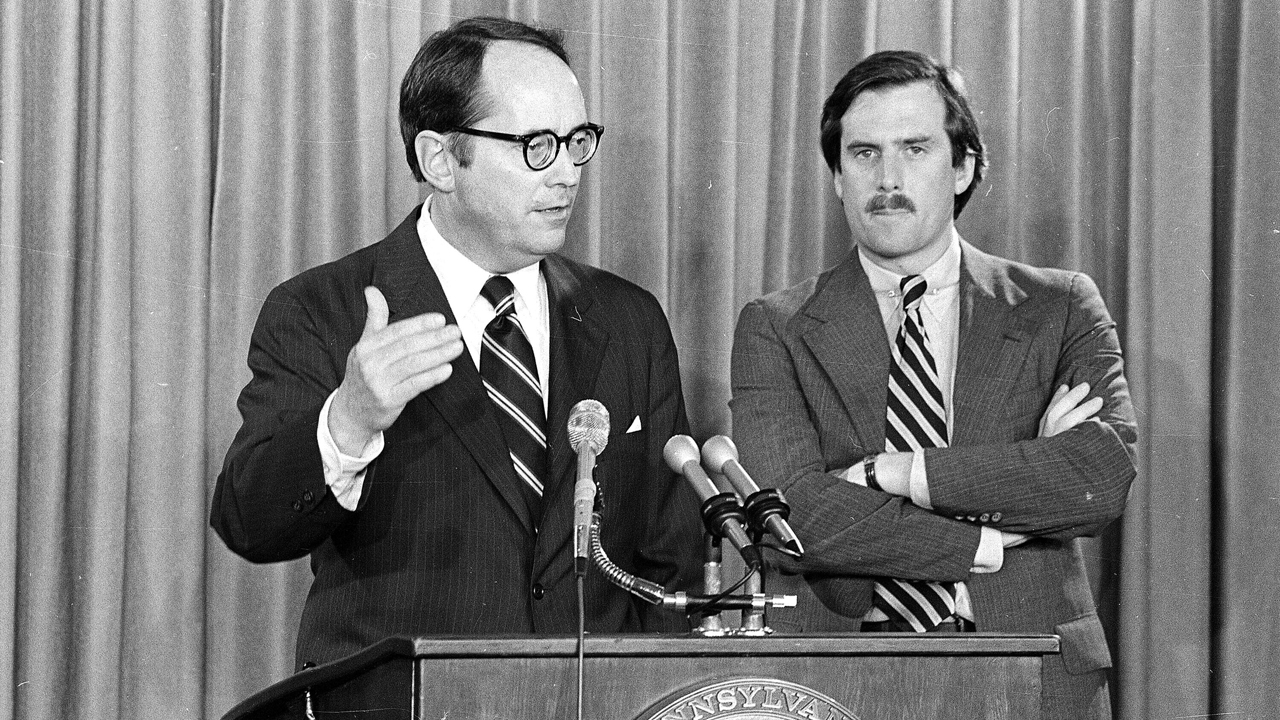 FILE - In this March 30, 1979 file photo, Pennsylvania Gov. Dick Thornburgh, left, announces the closing of schools in the area around the Three Mile Island PWR in Harrisburg, Pa.

"I just got to tell you, we share your frustration," Thornburgh, who had been governor for less than 75 days, told residents at a news conference in the immediate aftermath of the accident. "It is a difficult thing to pin these facts down so we can give you some kind of bundle of reliable information. We're trying to do our best. We're getting conflicting reports, too. What we're trying to do is give you our best estimate of what the accurate facts are."
Other officials at the scene included, Jody Powell, the White House press secretary for then-President Jimmy Carter.

"I see Jody Powell, Jimmy Carter's press secretary. I say, 'Jody, what's going on here? Is this thing safe, man?'" Odom recalled. "He said, 'We ain't spending the night...' Jody said we're getting out of here as fast as we can high-tail it." 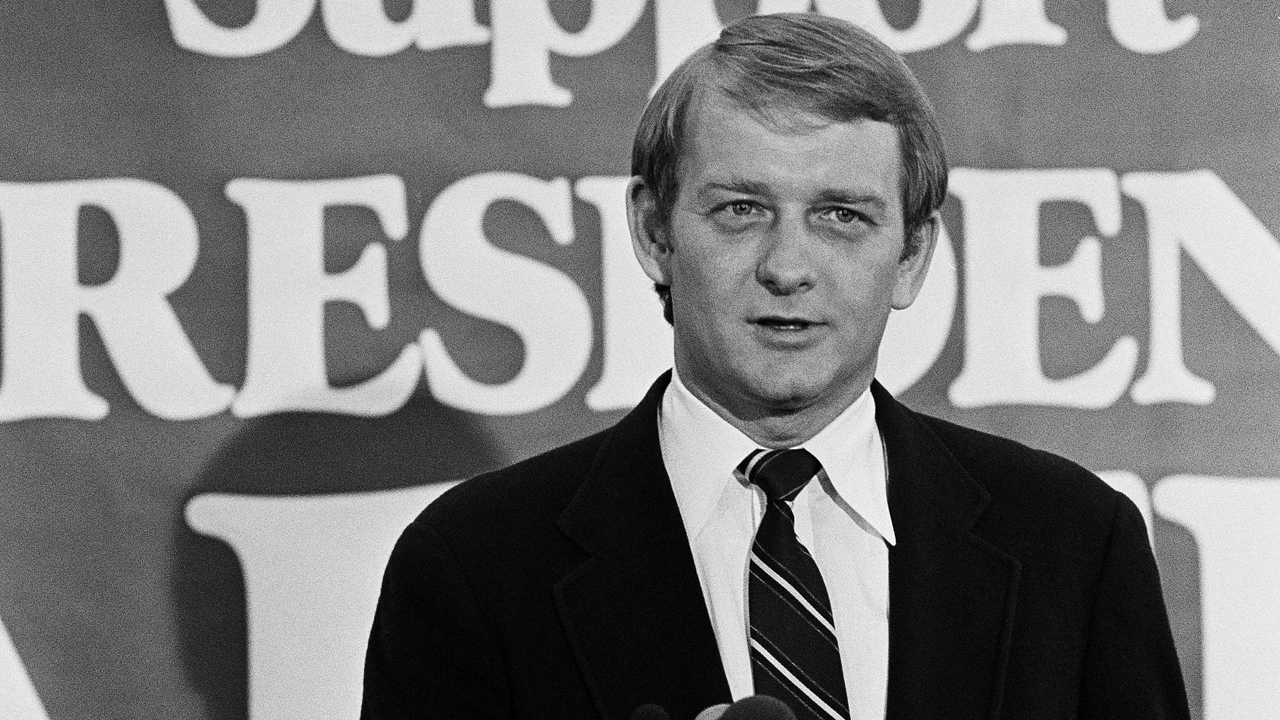 Odom also did not stay that first night.

"Of course, no other reporters wanted to come up there. And most of the cameramen. They were seeing 'nuclear meltdown.' I was very young. I wasn't married. I didn't have any children. I said, 'Man, I'm going to get fried up here,'" Odom said.

The veteran reporter continued, "I thought about it and finally I went back. I went back up several days in a row. A lot of people were hiding under their stairs, calling in sick if they thought I wasn't working." 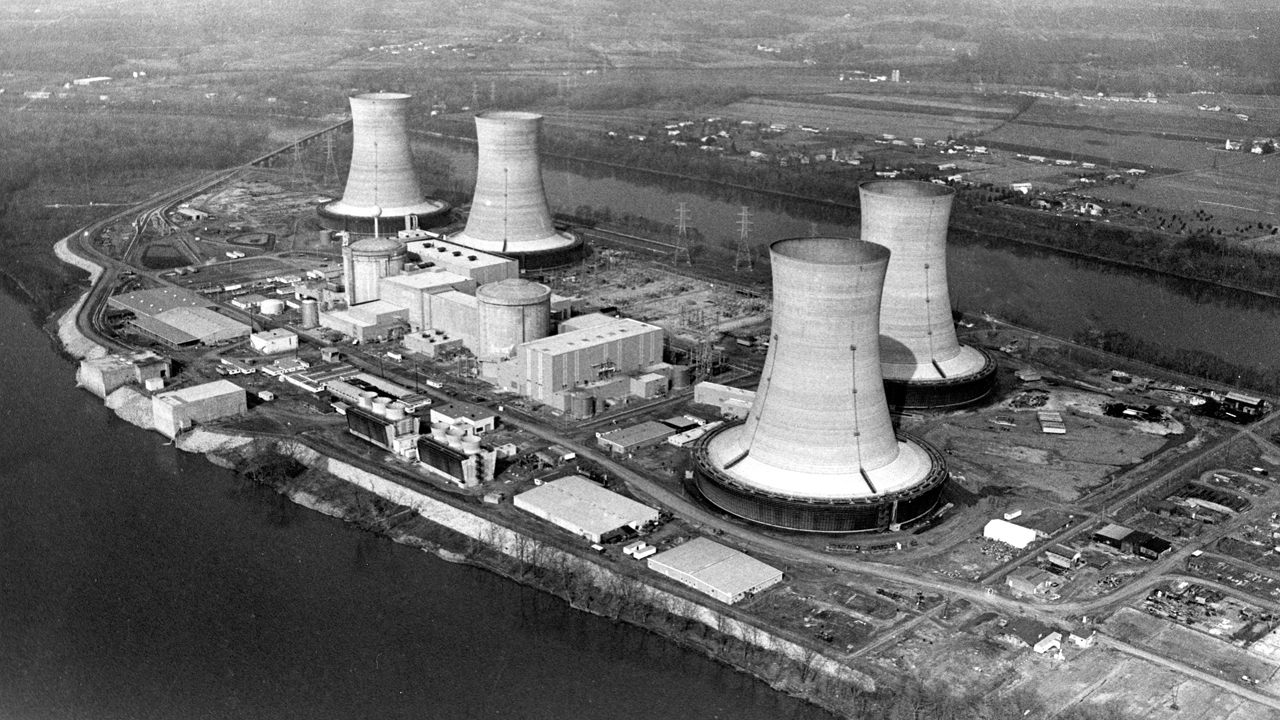 Adding to the drama was the release of the movie "China Syndrome" just a week before the crisis erupted at Three Mile Island. The thriller, starring Jane Fonda, Michael Douglas, and Jack Lemmon, is about a fictional meltdown at a nuclear power plant.

"You saw that movie...it was a replay of that," Odom said.

Two days after the accident, Thornburgh advised that pregnant women and children be evacuated from the surrounding area. But many more people than that decided to head out of harm's way. More than 100,000 people fled the area and schools and businesses across the region closed.

"We got halfway up there with a cameraman one time, he panicked and told us to turn around and take him back home one day," Odom said.

Bob Reid, who was then the mayor of the nearby town of Middletown, recalled in a 2019 interview with ABC affiliate station WHTM-TV when he got the call of the problems at Three Mile Island.

"I was told there were no injuries and everything was under control," Reid said.

But then he received a second call that sent panic through his community.

"We were told that there had been a leak and things took off from there," Reid said. "Concerns started to grow. Pregnant women and children were told to evacuate."

Netflix says its four-part documentary series "tackles the near catastrophe at Three Mile Island nuclear power plant in Pennsylvania through the lens of chief engineer and whistleblower, Richard Parks, as well as the community it impacted. Insiders recount the events, controversies and lingering effects of the worst nuclear incident in U.S. history."

"The management in that place didn't know what the hell was going on. They were completely befuddled. They were trying to cover up the mistake that it had blown off," Odom said.

On April 1, 1979, Carter, who had been a member of a Navy crisis team that helped dismantle a damaged nuclear reactor core at a plant in Canada, toured the Three Mile Island facility and attempted to allay the growing fears.

When the emergency was finally declared over, federal officials said that only a small amount of radiation was released into the air. There were no deaths or injuries caused by the accident, according to the Nuclear Regulatory Commission.

The real casualty in the crisis was the prospect of nuclear energy in the United States as a backlash sent support for the industry plummeting.

The accident was followed by sweeping changes and safety improvements in the nuclear industry.

Odom, who retired from Action News in 2018, called his time reporting at Three Mile Island a badge of courage.

"Channel 6 looked upon me very favorably when I did because they had nobody else to go," Odom said. "They appreciated my strength under fire, my commitment under fire."

The plant reopened in September 1984 with the exception of the crippled reactor after a $400 million cleanup.