Richard Allen was watching when the trio of young men helped an elderly man with a walker and his bag.
WPVI
By Christie Ileto 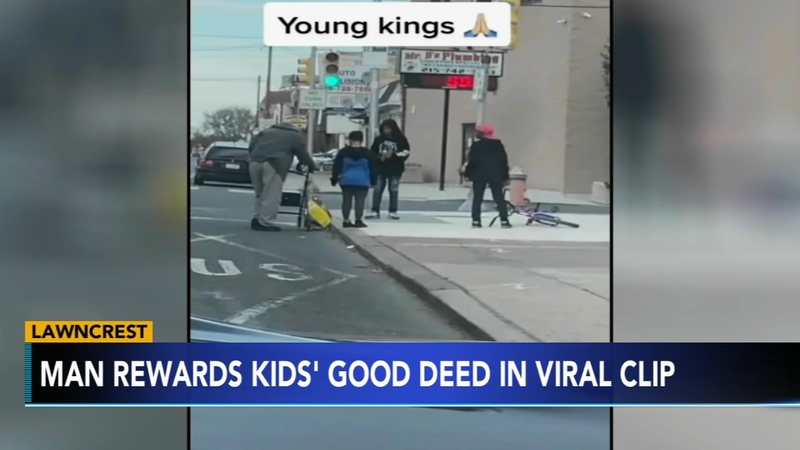 PHILADELPHIA (WPVI) -- A good deed by three young boys is going viral on social media for all the right reasons.

Richard Allen, of Northeast Philadelphia, said he immediately took out his phone and started recording when he spotted the selfless act last year.

"I was on my phone and I noticed a bus pulled over, and I see a group of kids helping an elderly man," said Allen. "I said, 'Wow!' I have to record this."

Coming up at 4: a Northeast Philadelphia man spotted a random example of kindness from three kids. Hoping to spotlight the positivity, he posted it, and they went viral for all the right reasons…The video shared by tens of thousands of strangers. @6abc pic.twitter.com/YXV6fFKN1V

Allen was watching when the trio of young men helped a man with a walker and his bag.

He said the act of kindness happened last year, but with everything going on in the city, particularly crime and the continued murders, he reposted the video on TikTok, and it's be viewed across the globe.

"I wanted it to basically get shared to a lot of different kids that actually see this video to want to do better. That you don't have to get noticed for doing bad all the time," Allen said.

Allen said he was so moved by what the boys did, he decided to pay the kids for their actions.