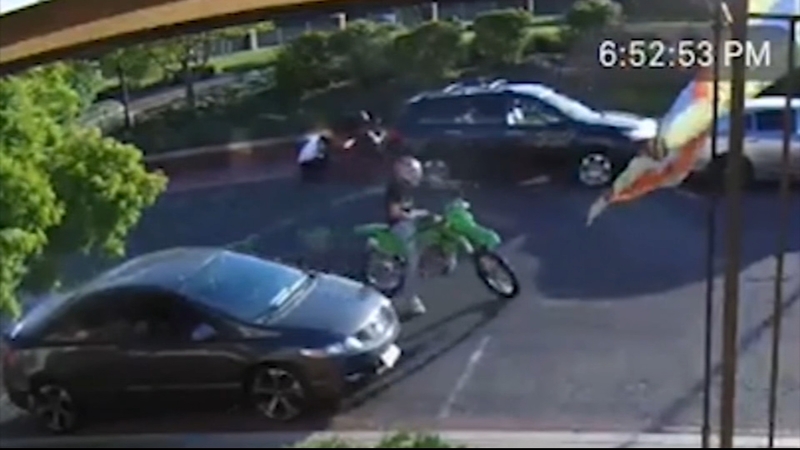 TRENTON, New Jersey (WPVI) -- At all hours of the day, any day of the week, Trenton residents report that dozens of ATVs storm down Lamberton Street.

"I'm afraid because there's a lot of little children here. One of these kids is going to get hit," said resident Charles "Chuck" Dinatale.

In a video sent to Action News, an ATV rider slammed into the back of a parked car on Lamberton Street. Neighbors report it shattered the car's windows.

"If that was a person that obviously could have killed them," said Deborah of the Lamberton Street South Community Watch.

Current New Jersey ATV laws state that while a permit or license is not required, ATVs can only be driven off-road. If the law is violated, the ATV is supposed to be impounded with fines up to $750.

"There has to be some plan on how to do it," said Deborah. "Maybe they create blockages in the areas that they frequent and be able to get them off the street...but we have heard no plan. Doing nothing is not a plan."

"In at least four separate incidents of gun violence, there were eight people shot and two are dead. Moreover, much of the violence can be attributed to unlawful ATV riders, who in at least one incident utilized them in the shootings."

Some members of city council plan on introducing new legislation to help close loopholes in the law.

Despite all this, residents say there's no end in sight.

"I feel unsafe," said Andy, a member of the Lamberton Street South Community Watch. "If you have to go out... I have to wait for them to move out before I can go to the gas or the grocery because I'm afraid are they going to hit my vehicle."