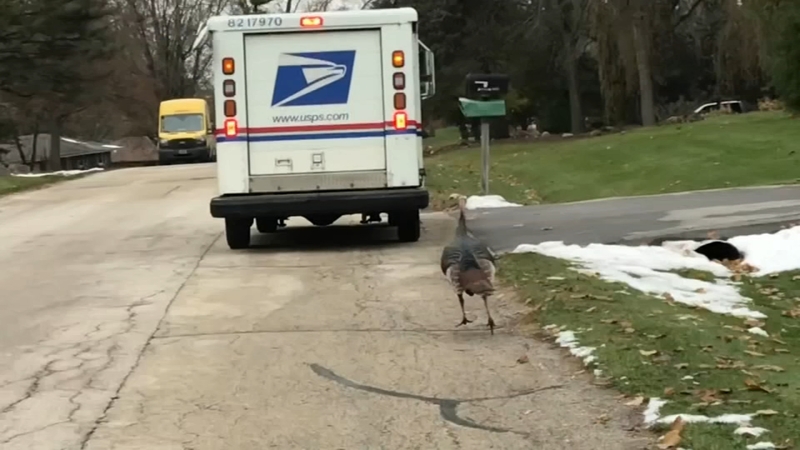 WAUKESHA, Wisconsin -- A Waukesha mailman has grown accustomed to having company as he makes his route along Allen Lane.

Each day along the route, he's followed by a wild turkey from house to house as he makes his rounds.

"For the last month, he's been pretty consistent with being out here every day," said Jeff Byrne. A veteran postman with the United States Postal Service for more than 20 years.

It's a story of persistence as Byrne works to delivers mail. The turkey, on the other hand, hard at work, trying to keep Byrne off his turf.

"Not sure if it's the color of the truck. Not sure what he really likes," Byrne said. "He was with a bunch of female turkeys."

With a big smile on his face, Byrne set out for his delivery in the neighborhood Tuesday. He was aware of his new route companion.

"It's just another day on the ride," Byrne said.

The Wisconsin Department of Natural Resources told TODAY'S TMJ4 male turkeys, or Toms, can be very territorial during breeding seasons. The DNR also said the truck's bright lights could be a reason the turkey decided to follow.