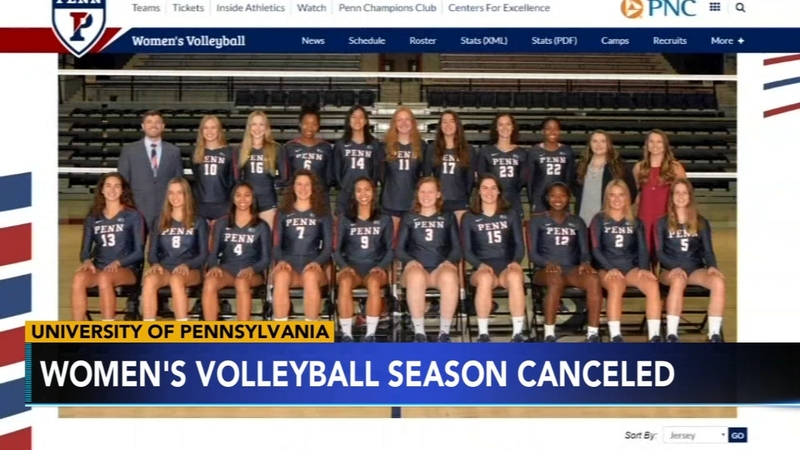 PHILADELPHIA (WPVI) -- The University of Pennsylvania's athletic department has canceled the remainder of their women's volleyball season.

The decision came after the school said "vulgar, offensive, and disrespectful posters" were found in the team's locker room.

Students pointed out that it's difficult to know if the action was justified without knowing what was on the posters.

"I guess it sort of depends on what it was, but like we said, we don't really know what was posted," explained senior Alex Zhou.

As for junior Cameron Stecyk, "I have mixed feelings about it. It's a locker room. I would like to see what was on the posters for it to be that bad."

The team had been scheduled to play their last two matches this weekend at Yale and Brown.

Penn's athletic director, Dr. M. Grace Calhoun released a statement that read, "The behavior exhibited by our women's volleyball student-athletes is simply unacceptable and will not be tolerated. We expect our student-athletes to represent the University of Pennsylvania in a first-class and respectful manner at all times, and in this case, our women's volleyball student-athletes did not meet that standard. We have reviewed the matter with the appropriate University partners and will determine additional steps in the coming days and weeks."

The student-run paper, The Daily Pennsylvanian, reported that it has been a turbulent year for the program with several players quitting and eight players filing formal grievances against the coach citing a team-wide decline in mental health.

The athletic department did not go into detail about the subject matter of the posters.