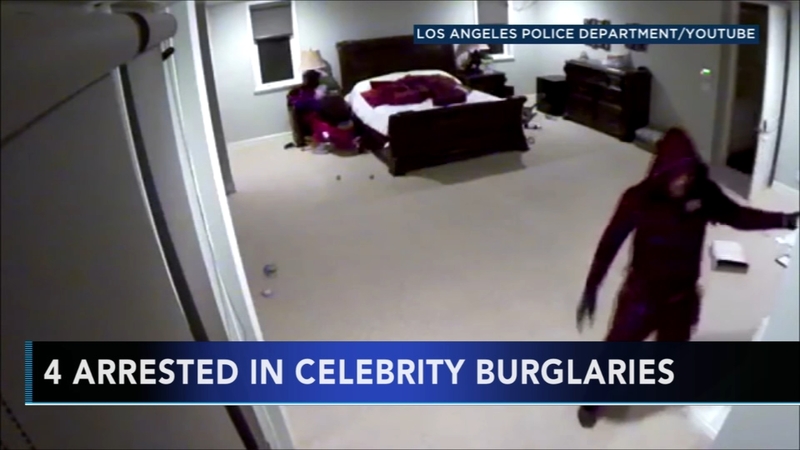 Three men, ages 18 and 19, and one man's mother have been arrested.

At a news conference Tuesday, police displayed recovered items they believe were stolen, including expensive watches, handbags, jewelry and cellphones.

Investigators say they found a list of additional targets that included Lebron James and actors Viola Davis and Matt Damon.

Police say the victims were chosen when their social media postings and schedules indicated they would be away from home.

Woods' home in Woodland Hills was broken into Thursday as he played against the Minnesota Vikings at the L.A. Coliseum.