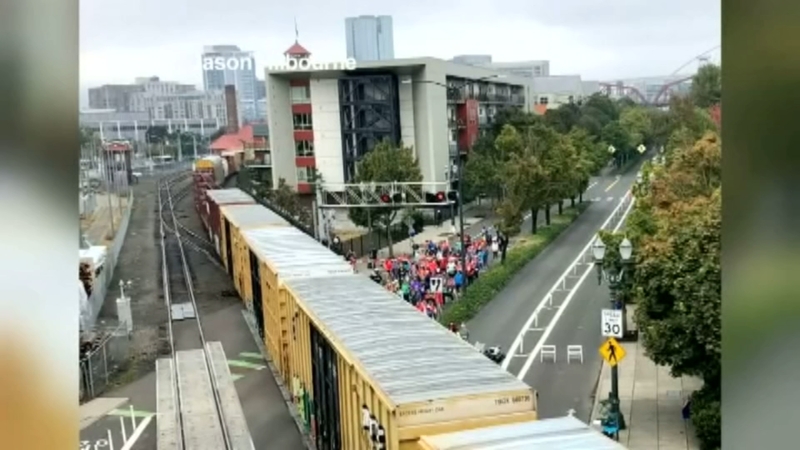 Turns out something got in between the runners and the finish line.

A massive train blocked off the route, causing a 26-minute gap between the first and second place finishers of the Portlandathon.

Some runners were so frustrated they were trying to climb over the cargo.

The organizers say they asked the train line not to go through their event, but apparently, it's not a guarantee.

Union Pacific, which runs the line, says mechanical issues on an earlier train caused this train to block the route and apologized to racers impacted.

Unfortunately, that delay could cost those runners a shot a qualifying for bigger races, like the Boston Marathon.