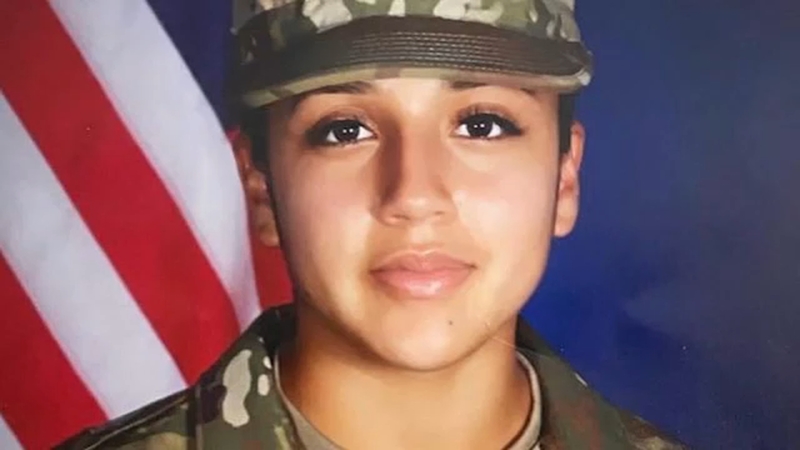 KILLEEN, Texas -- Vanessa Guillen's family members said Fort Hood's plans to honor her through the construction of a memory gate is progress by the base.

Guillen family members were at the military base in central Texas on Tuesday where they met with Fort Hood leaders to provide input for the gate.

In a statement by Fort Hood's commanding general, Lt. Gen. Pat White III, Guillen's family was invited to "discuss and review design concepts and survey a proposed site of a gate we plan to name in Vanessa's honor."

White added, "Their input is important for our final design that will come to fruition over the next few months."

According to Lt. Gen. White, the gate would lead to the 3rd Calvary Regiment area where Guillen served.

It's also accessed by thousands of soldiers, civilians and families every day. The Guillen family added the memorial shows the new command at Fort Hood listened to their concerns.

"They paid attention and it means a lot compared to the first couple of months that we had to struggle so much to find her," said Lupe Guillen, Vanessa's sister.

The full statements from the Guillen family and their attorney are in the video above.

Last month, four-star Gen. John Murray, along with other Army officials, stopped by the Guillen family home to speak with them as part of the ongoing investigation into her death.

Guillen was killed at Fort Hood after she went missing in April.

She was bludgeoned to death by Spc. Aaron Robinson, who killed himself on July 1 as police were trying to take him into custody.

Guillen's family has said Robinson had sexually harassed her, but the Army has said there is no evidence supporting the claim.

"They're still looking for the real reason why Vanessa was murdered," said Vanessa's sister, Lupe Guillen, said at the time. "The only thing we're looking for is real answers, real justice."

What did the family think of the visit? Hit play to hear more from Vanessa Guillen's sister and mother.

When asked if the Army officials relayed any new information during their two-hour visit, Vanessa's mother said they told her there is a new investigation underway, though details can't be disclosed.

She said military officials plan on releasing information at the end of November.

Vanessa Guillen's legacy enters Capitol Hill in the form of a bipartisan bill aimed at reforming sexual assault in the military. The video breaks down what has gone into getting to this point.

Congress is stepping in and investigating the disappearances and deaths of soldiers at Fort Hood. Watch the video above for more details on the cases involved.