Residents on alert after black bear spotted near Villanova 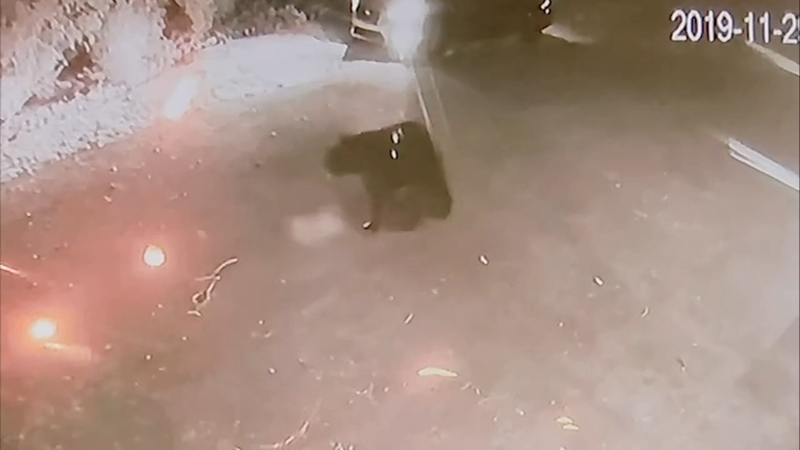 Residents on alert after black bear spotted near Villanova

VILLANOVA, Pennsylvania (WPVI) -- Residents in the Villanova area are on alert after a black bear was spotted on Friday morning.

Police say the homeowner had started the car, went back inside the home when cameras picked up an unusual sight in the driveway.

The sighting happened just before 6:30 a.m, the bear is believed to be scavenging for food before winter hibernation.

"Basically walks up the driveway, very nonchalantly and then checks out a trash can and then heads into the woods," said Sgt. Chris Gluck with the Radnor Township Police Department.

Authorities are now warning residents of "Yogi" on the prowl, looking for holiday leftovers on the 700 block of Harrison Road, and urging those to keep small pets indoors and lids tightly on the trash cans.

The unusual sighting has neighbors buzzing as they study the newly released surveillance images.

"We think it's kind of neat and at the same time a little bit concerning," said Matthew Paolino.

Particularly for the number of small children who live on the block.

The size, gender and age of the bear is not immediately known, nor where it came from, but the Pennsylvania Game Commission has been notified of the bear that's been active at dawn and dusk.

According to Marple police, the same bear was spotted near Cove Road today.

Radnor’s bear made it’s way to Marple. This was Ring video from Cove Rd earlier. pic.twitter.com/ba6jx1aymq