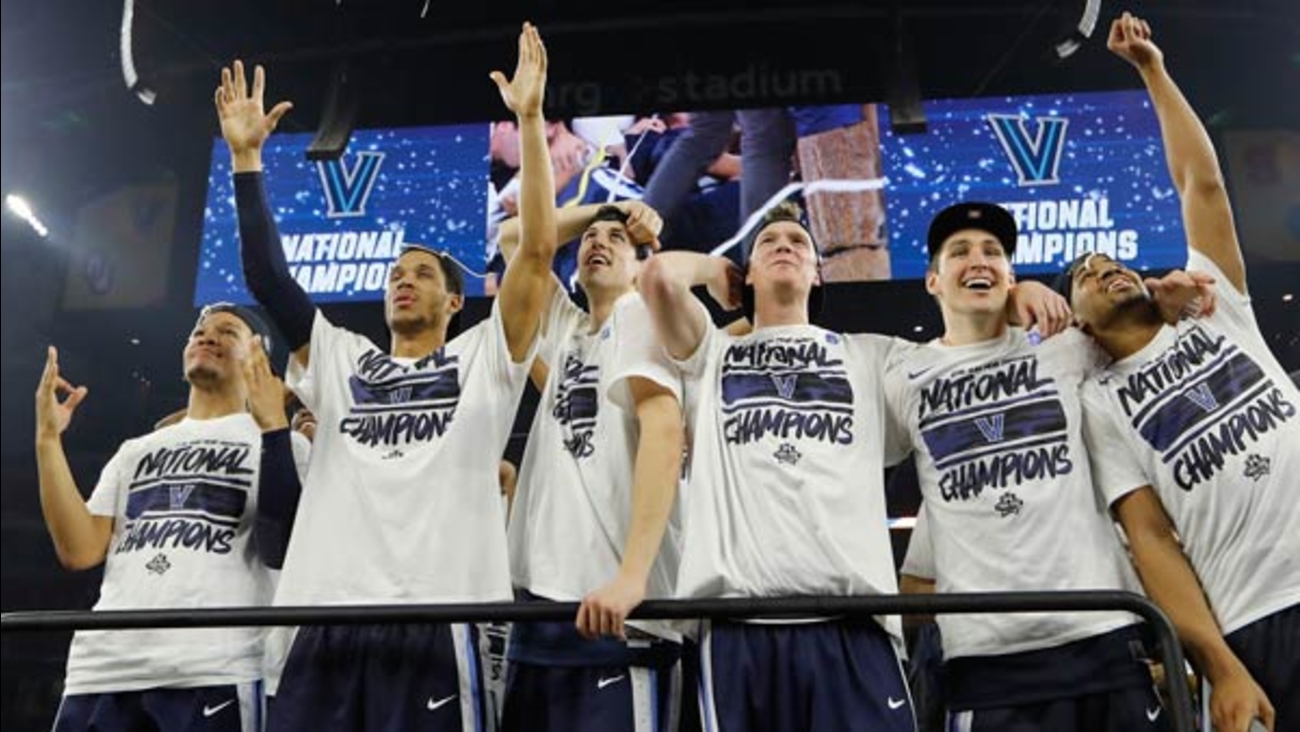 PHILADELPHIA (WPVI) -- As Nova Nation cheers on the Wildcats in their march to the 2018 Final Four, it wasn't that long ago that crowds gathered on Broad Street to celebrate Villanova.

The parade, which celebrated the Villanova Wildcats' historic 2016 NCAA Championship victory and drew thousands of fans from across the region, stepped off from 20th and Market streets in Center City.

Fans of all ages have arrived along the parade route to cheer on the Villanova Wildcats, including students from Ryan Arcidiacono's alma mater, Neshaminy High School.

Ryan Arcidiacono's parents, Joe and Patti Arcidiacono, talk about how proud they are of their son and their Villanova roots.

Villanova President Father Peter Donohue thanks fans, alumni and all of Nova Nation for their continued support.