Her parents jumped in to save her, but all three became stuck in the muddy waters.
WPVI
By 6abc Digital Staff 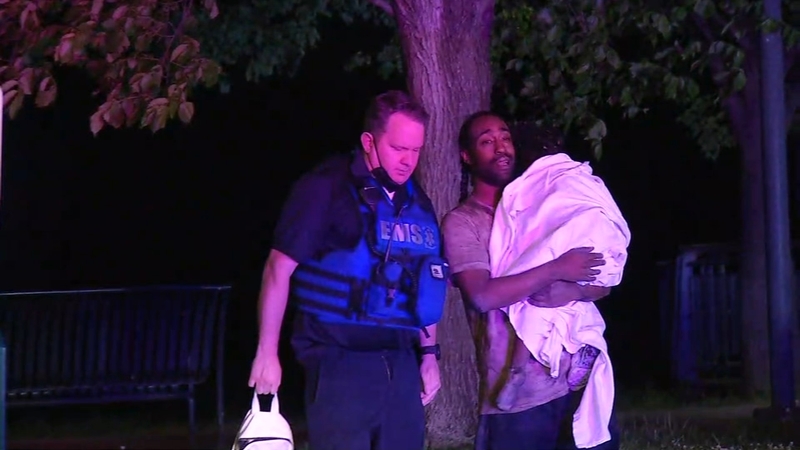 WILMINGTON, Delaware (WPVI) -- A 3-year-old girl and her parents are safe following a dramatic river rescue in Wilmington, Delaware.

The Wilmington Fire Department tells Action News the family was walking along a boardwalk behind the Hyatt Place Wilmington Riverfront hotel on the 700 block of Justison Street around 9 p.m. Tuesday.

Officials say the girl heard the sounds of ducks in the Christina River and went to chase after them.

She then fell over a railing down the embankment and into the river 20 feet below.

Her parents jumped in to save her, but all three became stuck in the muddy waters.

Officials say approximately 30 fire and EMS personnel were called and pulled all three to safety with a 20-foot ladder.

The Action Cam was on the scene as first responders tended to the 3-year-old girl and her parents.

There were no reports of any serious injuries to the family.