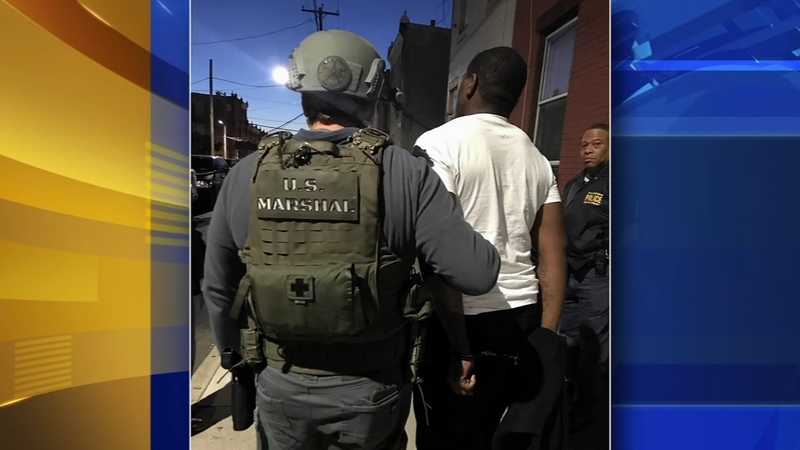 Arrest in attempted robbery in Yeadon

PHILADELPHIA (WPVI) -- U.S. Marshals in Philadelphia have made an arrest in an attempted robbery in Yeadon, Delaware County.

Police said Madison helped to lure a 23-year-old man behind the Parkview Court Apartments in the 2500 block of Parkview Drive on September 18 to rob him.

During the incident, police said another suspect, Omar Thompson, jumped in the victim's car.

"Omar literally jumps in the front driver's side window which was down and now is on top of the victim. He pulls his own firearm and fires three rounds," said Chief Anthony Paparo with the Yeadon Police Department.

The District Attorney has ruled the shooting a justifiable homicide.

An arrest warrant was issued for Madison on October 7.

On Thursday night, officials said deputy marshals in Philadelphia received an anonymous tip that Madison was staying with a female friend in the 1200 block of West Venango Street.

Hours later, U.S. Marshals determined Madison was present in the residence and he was taken into custody without incident.