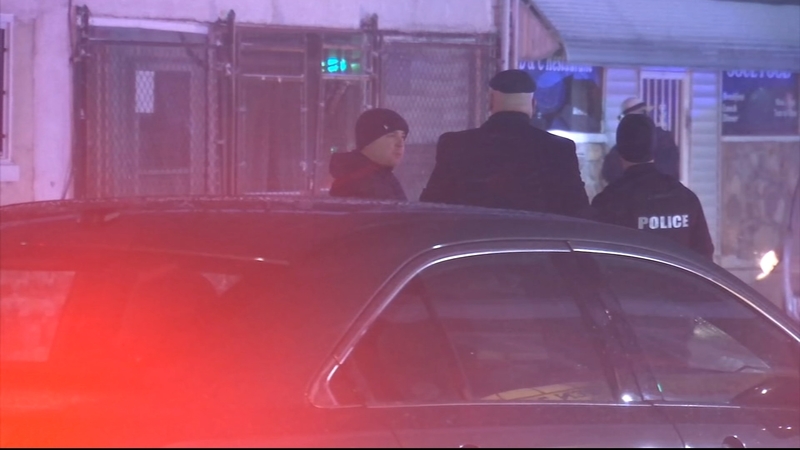 CHESTER, Pennsylvania (WPVI) -- A teenager has been arrested in connection with a deadly shooting of two men in Chester, Delaware County.

Officers found a crowd of people around a silver Chevrolet Impala that appeared to have crashed into a building on the 1100 block of West Third Street.

Inside the vehicle, officers found Rasheen Jones, 20, and Kwann Henderson, 19, both of Philadelphia, suffering from gunshot wounds.

Jones, who was an aspiring rapper known as RunUp Rico, was pronounced dead at the scene. Henderson later died at the hospital.

Authorities say the suspect was captured on video firing the weapon.

On Friday, District Attorney Jack Stollsteimer announced that charges have been filed against a 15-year-old juvenile for the double murder.