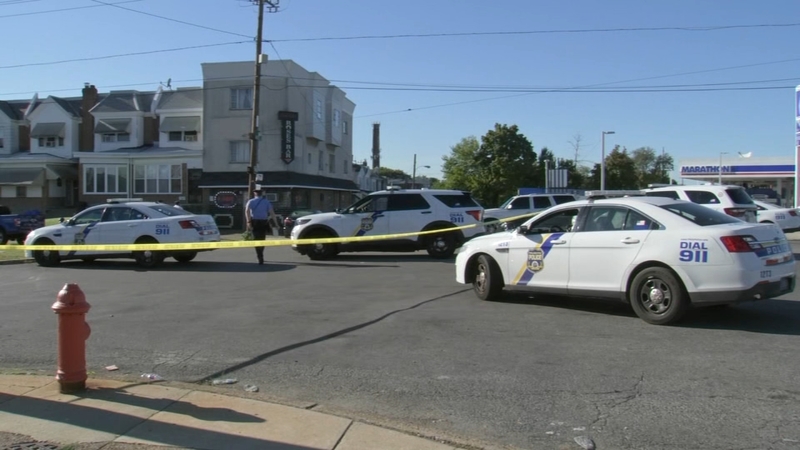 PHILADELPHIA (WPVI) -- One man was killed in a double shooting Friday afternoon in Southwest Philadelphia.

According to police, the shooting happened at about 3:30 p.m. near the intersection of 74th Street and Island Avenue.

A 38-year-old man was shot three times in the leg, stomach and groin, according to police. He was taken to Penn Presbyterian Medical Center where he was listed in critical condition.

Another man, also in his 30s, was shot three times, including once in the head. He was also taken to Penn Presbyterian Medical Center where he was pronounced dead at about 3:50 p.m., police said.

Police are still searching for the gunman.