More than 2,300 Afghan evacuees have arrived in Philadelphia. Here's how you can help

"I view us as Ellis Island. The Afghans, they come through port of entry, they process, and then they move," said Mayor Kenney.
WPVI
By Jaclyn Lee 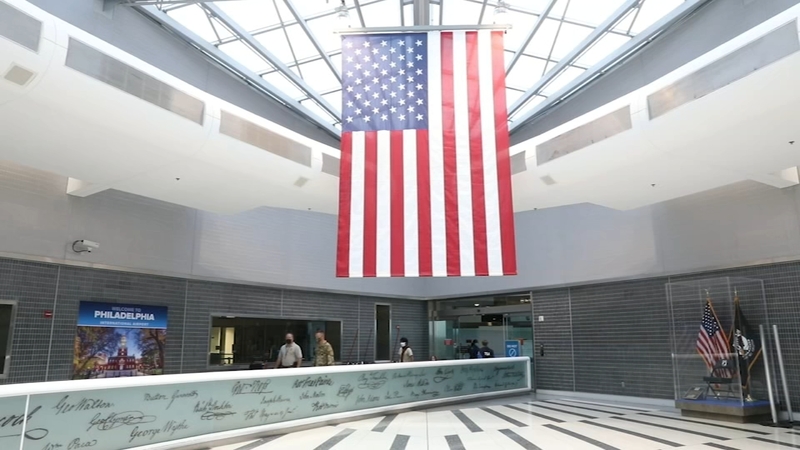 More than 2,300 Afghan evacuees have arrived in Philadelphia

PHILADELPHIA (WPVI) -- Planes continue to touch down at Philadelphia International Airport, evacuating more than 2,300 people out of Afghanistan between Saturday and Monday, according to city officials. An estimated six planes were expected to land Tuesday.

"I view us as Ellis Island. The Afghans, they come through port of entry, they process, and then they move," said Philadelphia Mayor Jim Kenney.

The mayor said once the refugees land, they are given medical screenings and then are processed through Joint Base McGuire-Dix-Lakehurst in New Jersey. Resettlement agencies describe the entire experience as disorienting for the evacuees.

"For many, to learn just a new culture, to learn a new city and all the different systems involved, not to mention the trauma of just the evacuation and family members left behind. It's a real challenge," said Steven Larin, deputy director of the Nationalities Service Center.

While lawmakers said they are unclear on what happens after refugees are processed at military bases, nonprofit organization HIAS Pennsylvania said it has 90 days to get refugees oriented to the country.

"We get them enrolled in Medicaid, we get them a social security number, get their kids enrolled in school," said Cathryn Miller-Wilson, executive director of HIAS Pennsylvania.

And nonprofits said they are still looking for assistance, whether it's financial, advocacy, volunteering or donations.

A Strath Haven High School graduate was living in Afghanistan for the last 11 years as a contractor for the U.S. Army. Then, Kabul fell to the Taliban and he was trapped.

Pennsylvania lawmakers who toured the airport Tuesday afternoon said they're still focused on the remaining Americans and Afghan partners who wish to leave Afghanistan.

"All of our offices are tracking people who are trying to come here so we must not give up on that," said Representative Madeleine Dean (D. Pa.). "We have an assurance from the administration that they have not given up on that."

City officials report they expect more planes to arrive in Philadelphia through September 17.