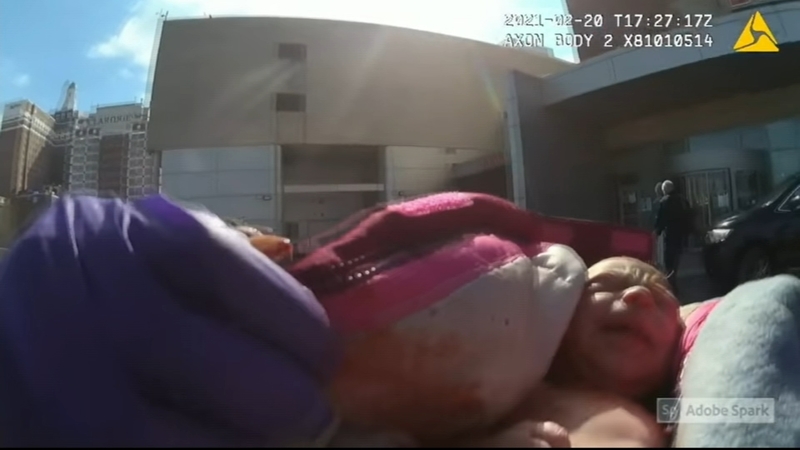 ATLANTIC CITY, New Jersey (WPVI) -- Atlantic City police came to the aid of a woman who had just given birth in a vehicle on the way to the hospital.

According police, Officers Auttika Taing and Justin Peyton were leaving the hospital when a vehicle pulled up.

The driver told the officers that her friend needed immediate medical attention.

The officers went over to the passenger side of the vehicle and spoke to the woman.

Police say the baby was in her pants.

"The officers could clearly see movement from inside the woman's stretch pants and hear the baby crying," police said.

The officers wrapped the baby in a jacket while medical personnel cut the umbilical cord.

On Wednesday, the officers had the opportunity to meet with the mother and her baby.

Police say both are doing well.