Police search for suspects after multiple ATMs vandalized across Philadelphia 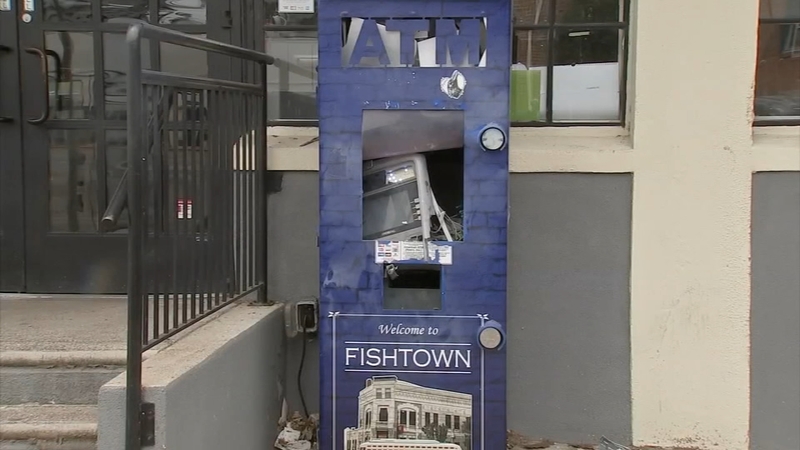 PHILADELPHIA (WPVI) -- Police are searching for the persons responsible for vandalizing at least 10 ATMs across Philadelphia overnight.

Officials said in many of the cases neighborhood convenience stores and mini markets were targeted.

Police said the thieves typically run into the store, set off an explosive device and then make off with the cash from the machine.

Police sources said a 24-year-old man was fatally shot in quick succession after an ATM explosion on the 2200 block of North 2nd Street.

"There was a loud boom. I thought it was one of those big firecrackers. Then it was a loud pop," said Rosairo. "I came outside and someone had just blown up the ATM machine."

Another instance occurred around 11 p.m. Monday on the 1500 block of West Rockland Street.

Police said the ATM was taken from inside a mini-mart at that location and the person(s) responsible got away with an undisclosed amount of cash.

There was a similar scene at the Sunoco mini-mart at West Hunting Park and North Broad Street overnight.

The windows at the gas station mini-mart were smashed and debris was left all over the gas station. Police said an unknown amount of money was taken from the ATM.

Police said in some of the cases people would steal the ATM from the mini-mart and put it in their car.

No arrests were immediately announced.

Police commissioner Danielle Outlaw said the thefts are believed to be "organized" and "coordinated" efforts and the federal Bureau of Alcohol, Tobacco, Firearms and Explosives is taking the lead in the investigation.