Phil and Nick Bachetti are now in the running for the national contest in Las Vegas in January.
WPVI
By Ashley Johnson and 6abc Digital Staff 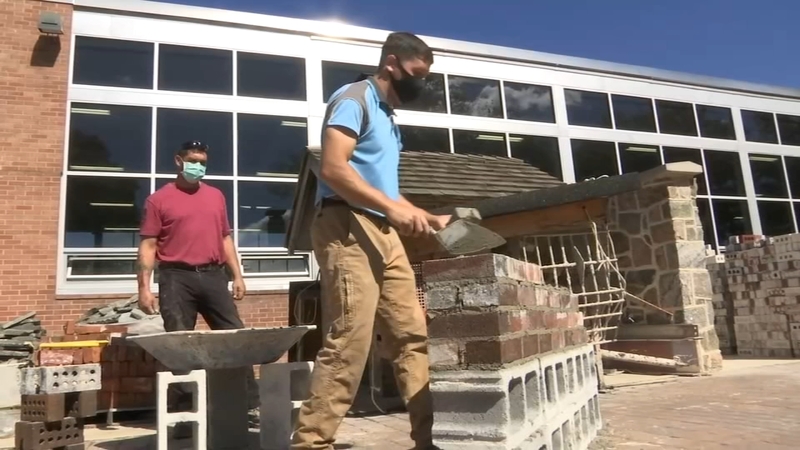 MEDIA, Pennsylvania (WPVI) -- Two brothers from Delaware County have just been awarded the prestigious winners of the best bricklayers in Pennsylvania.

Phil and Nick Bachetti, both skilled masons, won the Spec Mix Bricklayer 500 Competition in Northeast Philadelphia a few weeks ago on September 16.

The brothers are now in the running for the national contest in Las Vegas in January. In the regionals, they laid more than 560 bricks in an hour.

Both put a lot of focus into their training for their competition, in which they won $1,000 among many prizes.

"It's like going 150 miles per hour," said Nick Bachetti.

But Phil, an instructor at Williamson College of the Trades, led the way.

The Bachetti brothers are confident they can win the big championship in Nevada. But more importantly, they hope their win inspires the next generation to go into a trade like masonry.

"These guys are highly wanted and needed," Phil Bachetti said. "We've had employers coming here asking to hire guys before they even started here."