It was 65 years ago that the body of a beaten little boy was found stuffed in a box in the Fox Chase area.
WPVI
By 6abc Digital Staff 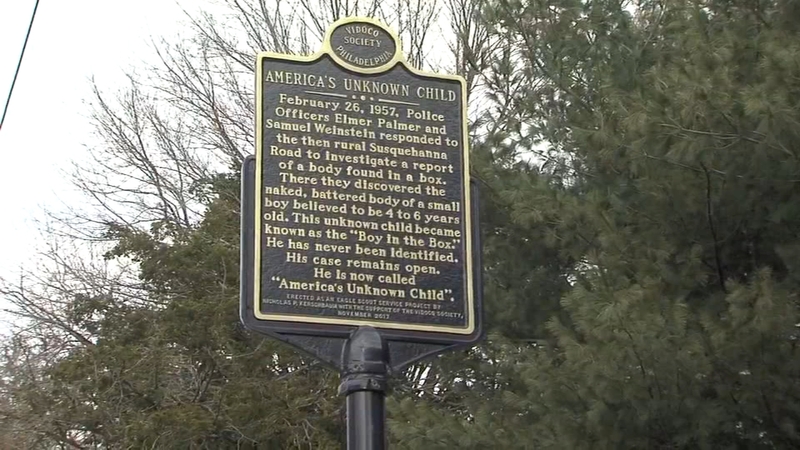 PHILADELPHIA (WPVI) -- A memorial service was held Saturday in Philadelphia's Fox Chase section to mark the anniversary of one of the city's oldest and most devastating unsolved murders.

It was 65 years ago that the body of a beaten little boy was found stuffed in a box in the area.

His identity and that of his killer remain unknown.

But many people say this is a case and a life that can not be forgotten.

'Whatever the circumstances, this poor little boy was left abandoned and alone. And over the past 64 years, there have been thousands of hours devoted to finding out who he was, to give him a name," said chairman Howard Lebofsky of the Vidocq Society.

There is a plaque on the 700 block of Susquehanna Road that marks the spot where the 'Boy in the Box' was found.

His case was taken up by the Vidocq Society, which is made up of some of the world's top investigators.