The victim said she came out of the store and caught the suspects in the act. "(I) just started screaming at the top of my lungs."
WPVI
By George Solis 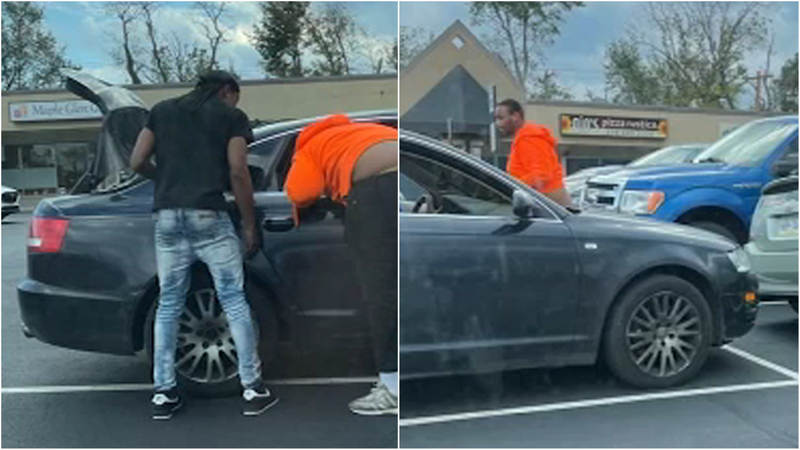 MAPLE GLEN, Pennsylvania (WPVI) -- The initial reaction was one of shock and awe.

The victim, who wanted to remain anonymous, said her catalytic converter was stolen while she was grocery shopping in Maple Glen, Pennsylvania on Saturday.

"It's surprising that it happened here in a small town like this," said Maple Glen resident Mark Stielow.

The victim said she came out of the store and caught the suspects in the act.

"(I) just started screaming at the top of my lungs, 'Help, police, theft,'" she said.

"I can't believe something like that would actually happen in Maple Glen right here in broad daylight," said Horsham resident Annina Clibanoff.

But that's exactly what happened.

"Even though I know a catalytic converter had been stolen I had no idea what that was or what it meant," the victim said.

She said her car started, but sounded like a truck without a muffler.

"The volume of the exhaust would drive you enough to have it looked at right away," said Eddie Herskovitz, owner of the Main Line Auto Center.

Herskovitz said the emission control devices are coveted by criminals because of the precious metals used to make them.

"Inside of this casing is your three metals that are very expensive," Herskovitz said.

Auto experts say the converters themselves generally have a shelf life of about 80,000 to 100,000 miles, depending on the car's care.

Reputable auto body shops are expected to return defunct ones or face paying a steep penalty.