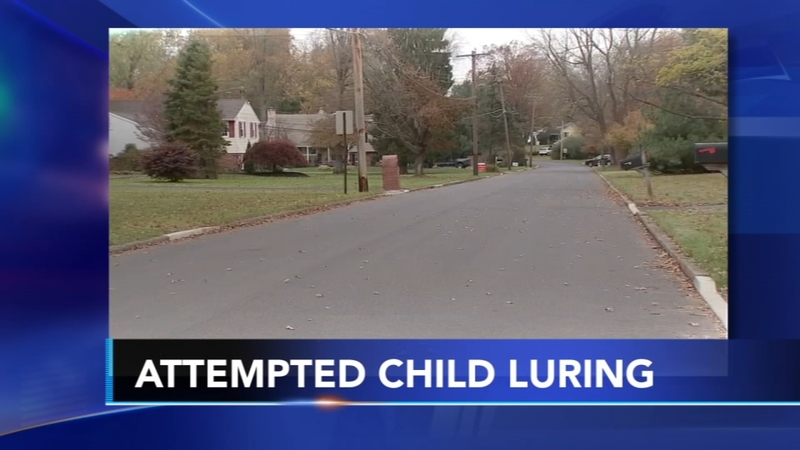 "Unbelievable, absolutely unbelievable. We hear and see it on the news but that's far away and it's never going to happen here. Wow," said Kit McCarty of Maple Glen.

Upper Dublin Police Chief Francis Wheatley says two men in a black Audi SUV approached the elementary school student about 4 p.m. on Wednesday along the 1300 block of Bell Lane. Police are not confirming where the student attended school but the incident happened just blocks from Maple Glen Elementary.

"This young man, he didn't freeze, he knew exactly what was taken place was wrong and he reacted appropriately and ran home and told an adult, which is what we ask children to do. There were multiple people in the car, they cracked the window so they couldn't see who was in the vehicle but something was translated that upset the child about possibly getting into the car," said Upper Dublin Police Chief Francis Wheatley.

The chief says the men inside the SUV never got out of the vehicle. Steven Richmond has lived in the neighborhood for over 30 years and says he's never heard of anything like this happening. He's admittedly shocked that anyone would target children, especially in his community.

"It is inexcusable and it is awful. I have two kids that I raised here, I have five grandkids and I am concerned in general for my grandchildren," said Steve Richmond of Maple Glen.

Until there is an arrest, those living in this typically quite neighborhood will be a little uneasy.

"There is a fear, being a parent we all can relate to the scare and being concerned about something like this happening," said Chief Wheatley.