4 juveniles arrested in connection with arson that destroyed St. Leo's church in Tacony 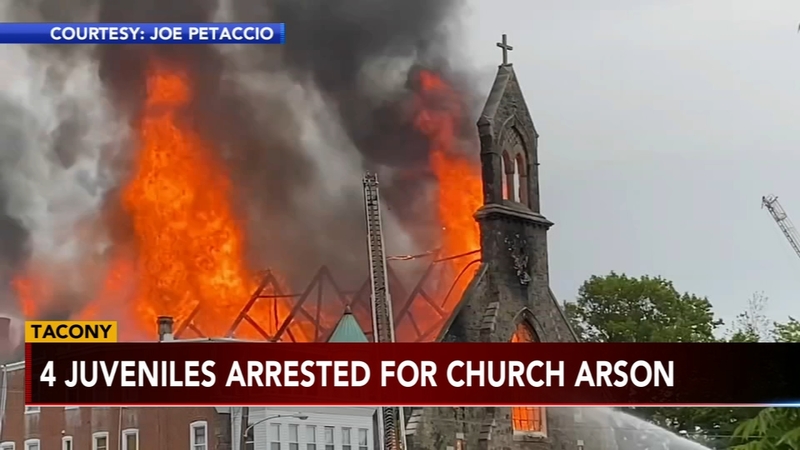 PHILADELPHIA (WPVI) -- Philadelphia authorities have announced the arrests of four juveniles in connection with an arson that ravaged a historic church earlier this year.

The fire broke out Sunday, May 9, around 5:30 p.m. at St. Leo the Great Roman Catholic Church near Unruh Avenue and Keystone Street.

No one was injured in the two-alarm blaze, but the 137-year-old structure was totally destroyed.

Officials say tips aided by the public helped investigators track down the suspects.

"The crimes alleged here harmed the Tacony community. Philadelphia's historic structures are beloved for so much more than their beauty," said Philadelphia District Attorney Larry Krasner. "In this case, even though the church was being re-developed for private use, St. Leo was revered for its history of baptisms, weddings, memorials, and other milestone life events held by our neighbors in this region over generations."

The church was built in 1884. St. Leo's merged with Our Lady of Consolation in 2013. The church closed in 2019 as a place of worship and was later added to the city's historic register. The church was sold earlier this year to an owner who specializes in restoring churches and planned to rent it.