"He was number 501 killed in Philly last year," said his father, Mike Stengel.
WPVI
By Rick Williams and Heather Grubola 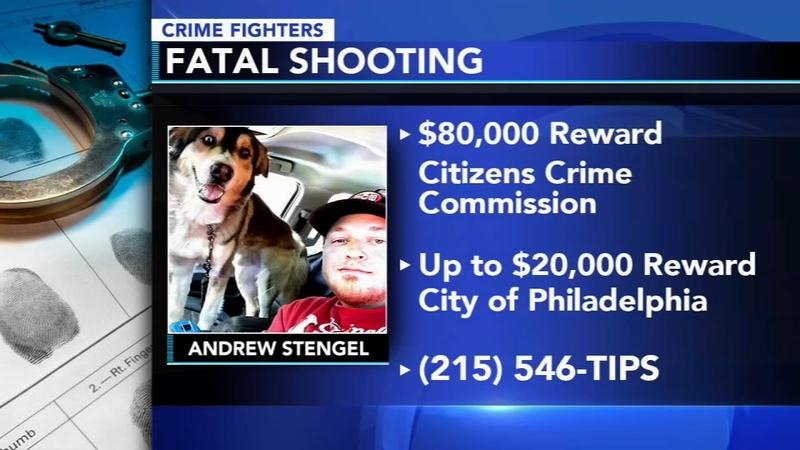 PHILADELPHIA (WPVI) -- A six-digit reward is being offered for information that leads to the arrest and conviction of the person responsible for killing Andrew Stengel.

If you don't know Andrew's name, his father thinks you might recognize his dog as the two were inseparable.

"He was number 501 killed in Philly last year," said his father, Mike Stengel.

Words no parent should ever have to utter when talking about their child.

"This person who did this was a cold-blooded killer and is going to wind up killing someone else," he said.

On Friday, November 26, the day after Thanksgiving, 29-year-old Andrew Stengel left his house along the 7100 block of Ardleigh Street in Philadelphia's Mount Airy section around 8:41 p.m.

His father said Andrew left his dog behind, which was unusual.

"The dog and him were synonymous with each other, and for some reason, he did not take the dog with him," he said.

Police said surveillance video shows a person of interest walking back and forth in front of Andrew's house.

"What I understand from the police is that this person was looking in the window of the house and saw him coming out and kind of went behind the bushes," he said.

When Andrew went to unlock his truck, that's when police said someone walked up behind him, shot him five times, and ran away.

Andrew was pronounced dead at the hospital.

"I don't know what to think...is it gang-related? Is it drug-related? Who knows what it could be," Mike said.

Family and friends of Andrew's are posting $80,000 in reward money.

That amounts to a total of $100,000 for information that leads to the arrest and conviction of the person responsible.

"We're fearful ourselves, and you know this gun violence in the city has got to stop," he said.