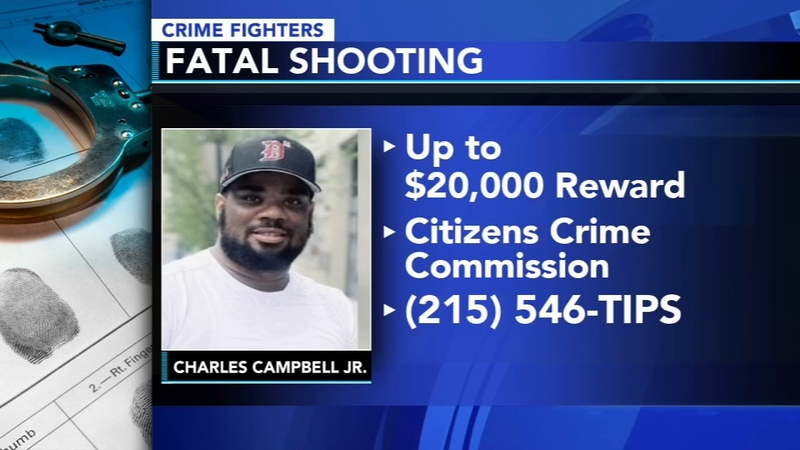 PHILADELPHIA (WPVI) -- Authorities hope the public will recognize a suspect wanted in connection with the shooting death of a 31-year-old man in Philadelphia's Mount Airy section.

Authorities don't know why anyone had a reason to kill Charles Campbell, Jr.

"All indications that we got for Mr. Campbell was that he was a caring father, a son, a brother and was well-loved by the family and his friends," said Santo Montecalvo of the Citizens Crime Commission.

On Saturday May 15, 2021, Campbell was in the area of the 7400 block of Fayette Street when police were called for reports of a person with a gun.

"It happened at 9:58 p.m., 9:50 p.m. police responded to the scene. Charles was lying on the ground in the rear driveway suffering from gunshot wounds," Montecalvo said.

Campbell, 31, was pronounced dead at the scene.

Released surveillance video showed the suspect wearing a black hooded sweatshirt with a 'Civil Regime' logo on the front upper chest and across the back.

He was reportedly last seen running west on Washington Lane and south on Thouron Avenue.

"Anybody who has this information to help solve this crime can call 215-546-TIPS," said Montecalvo.