Crime Fighters: Where is Sherline Johnson?

On May 1, 1997, Johnson cashed her benefits check and returned to her mother's house along the 2100 block of Sigel Street.
WPVI
By Rick Williams and Heather Grubola 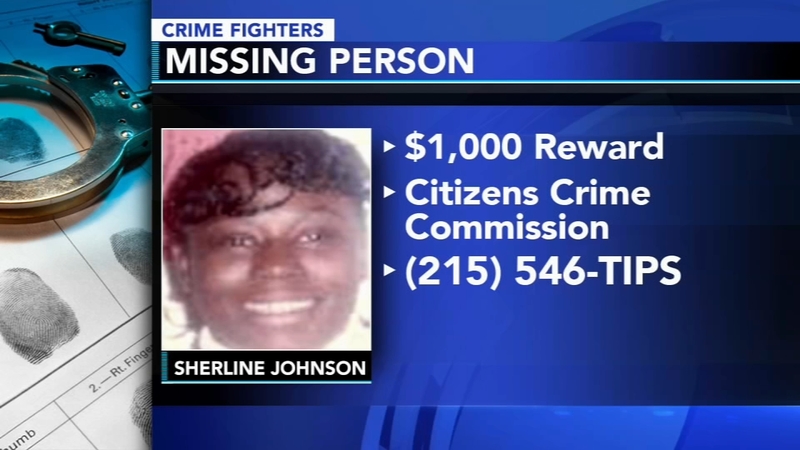 Crime Fighters: Where is Sherline Johnson?

PHILADELPHIA (WPVI) -- A woman who lost her sister nearly 25 years ago is still searching for answers into what happened to her.

She says someone knows something even after all this time.

Thirty-five-year-old Sherline Johnson had her problems.

"She got involved with some drugs and things like that," said her sister Charlotte Johnson. "You know she suffered with schizophrenia."

But her sister said that didn't mean she wasn't there for her family.

On May 1, 1997 Johnson cashed her benefits check and returned to her mother's house along the 2100 block of Sigel Street in South Philadelphia.

She told family members she was heading out to meet a friend, and that's the last time they saw her.

Johnson, was officially reported missing on May 5, 1997.

"I think that the friend that she went to go see did something horrible to Sherline. I really do," Charlotte said.

Johnson is described as four-foot-two, 100 pounds, with black hair and brown eyes.

She has scars on her outer right ankle and across four of her right fingers.

She was last seen wearing a white sweatshirt, dark blue sweatpants and black shoes with a side buckle.

"To me, she was important. She mattered. We loved her," she said.

The Citizens Crime Commission is administering a one-thousand dollar reward for information that leads to the whereabouts of Johnson.