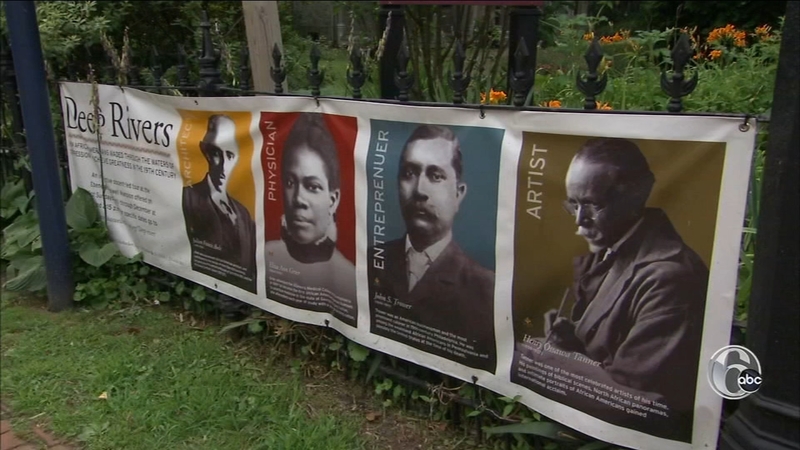 PHILADELPHIA (WPVI) -- The Ebenezer Maxwell Mansion is Philadelphia's only authentically restored Victorian House Museum and it's now hosting tours that tell the stories of 19th-century Black entrepreneurs, artisans and intellectuals.

"You are walking back in time to the Victorian era," says Diane Richardson the Executive Director of Ebenezer Maxwell Mansion.

"The mansion was built in 1859 by Ebenezer Maxwell for his wife and their six children," says Diane.

The Museum is now running Deep River Tours: How African Americans Waded Through the Waters of Oppression to Achieve Greatness in the 19th Century.

Explains Diane, "The entire tour is sort of based on a Negro spiritual entitled Deep Rivers, about wading through those waters to get free.

"And it's so important because now we can walk in the footsteps of these great people," enlightens Regina Robinson.

Regina and her husband John Lewis are docents on the tour.

"She came to the Women's Medical College of Pennsylvania. To pay for her tuition, she had to work in the cotton fields every other year," Regina describes on the tour.

"...And a lot of the Confederate wives as well," discloses Regina.

"She was the second African American woman to become a physician in the United States," says Regina.

And John Trower an influential businessman and caterer.

"He catered to the wealthy, but he gave his money to the poor," Diane states.

The tour ends with a literal taste of the 19th century, cookies and pickles from the second cookbook ever published by an African American.

"That was Mrs. Abby Fisher. She could not read nor write, but she was a fabulous cook," enlightens Regina.

"Deep River Tours" runs on select Sundays. The next one is August 15th.