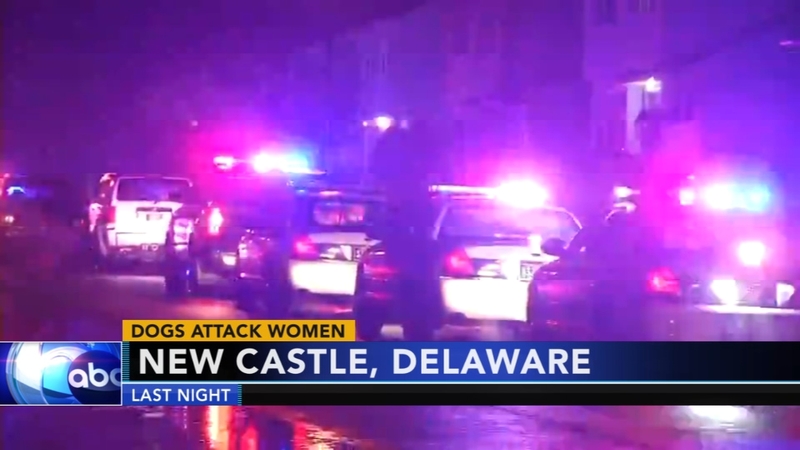 It happened around 6:30 p.m. Wednesday on the unit block of Scottie Lane.

An officer yelled to distract the dogs.

According to police, one of the dogs attacked the officer after hearing the yelling. The officer then fired one shot at the dog.

The dog ran off, but was eventually captured by animal control.

The other dog then charged at police and was shot by multiple officers, according to authorities.

The women were bitten in their arms, legs, and torso. Police say the injuries are serious but not life threatening