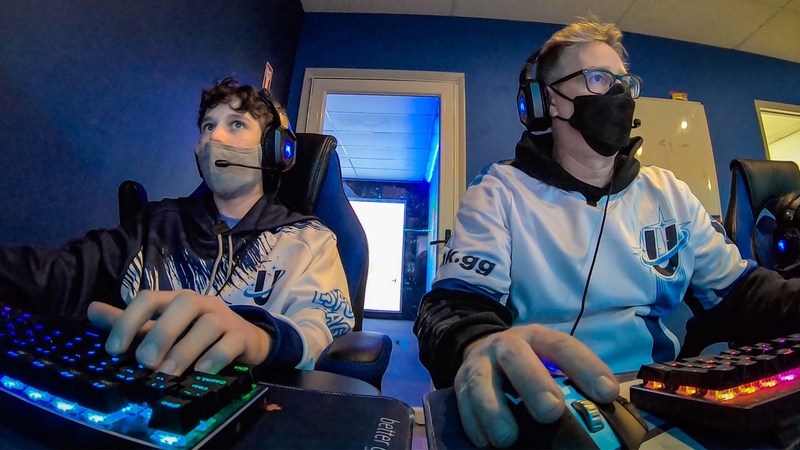 GLENMOORE, Pennsylvania (WPVI) -- "My son is a gamer and I watched him watching streamers," said Derek Rodner. "That's how he was getting better."

Despite his best efforts, Derek couldn't match his son Xavier's skills on the computer. So, he invested his time into something much larger.

"I realized that there's a lot of scholarship dollars available at university level for esports," he said. "And I thought there needs to be something to give these kids structure and training so they can learn teamwork and sportsmanship and respect and leadership."

In February 2020, Derek opened the doors to Uplink Studios, which was a proof of concept at the time. Their first league sold out in eight days. It seemed like nothing could slow them down.

"We got a week and a half into practice and ended up having to shut down for five months," Derek said, recalling the onset of the COVID-19 pandemic.

During the downtime, Derek remodeled the interior and focused all his energy towards building the brand of the studio on the Pottstown Pike. Today, it is home to five gaming leagues, birthday parties, and tournaments.

"I want to thank him so much for giving me the opportunity to, like, learn really good teamwork, good manners, and to just hang out with other people," said Xavier. "Even if you don't know them, you can always build relationships."

The Rodner family invited the community to take part in a fundraising event this weekend. It was partnered with Extra Life, a program of Children's Miracle Network Hospitals. For 24 hours, gamers young and old filtered through the studio to stream, smash, and score thousands of dollars for Children's Hospital of Philadelphia.

"I think this has been a huge success," said Derek, who plans to make this an annual event. "It's not a ton of money, but hopefully, it will make a difference."

To learn more about Uplink Studios, visit their website.

Abby Lackman received life-saving surgery as an infant at Children's Hospital of Philadelphia. Now, her story has come full circle.