Working for three companies, firefighter Thomas Royds had a wide grip on the community.
WPVI
By Beccah Hendrickson 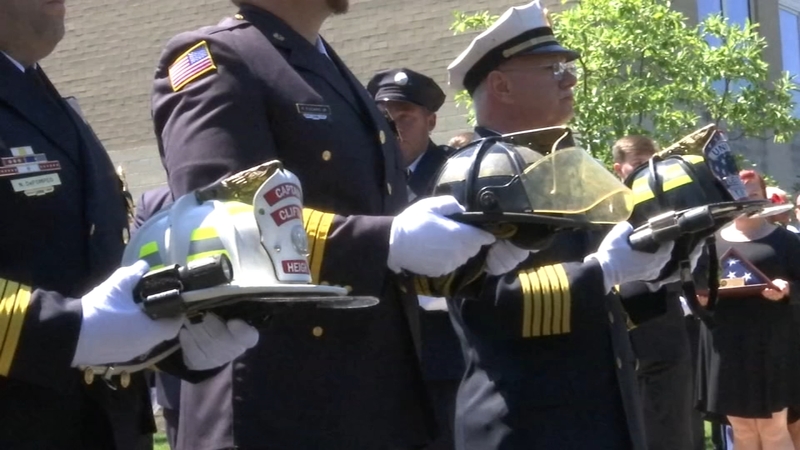 LOWER MERION, Pennsylvania (WPVI) -- The love firefighter Thomas Royds had for his job was evident as hundreds of first responders came together to say goodbye Saturday.

Royds was hit and killed Saturday, July 25, after responding to a DUI crash on the Schuylkill Expressway in Lower Merion Township.

RELATED: Woman admits to drinking alcohol before I-76 crash that killed firefighter: Affidavit

Authorities say a South Jersey woman admitted to drinking mixed alcoholic beverages before a crash that killed a Montgomery County firefighter, according to an arrest affidavit.

All dressed in blue, attendees wrapped a line around the street near Lower Merion High School for Royds' viewing service, which was a worthy tribute for a fallen hero.

"He touched so many lives, and this is just a small portion of the people he touched," said firefighter Tony Alosi of Upper Darby Township. 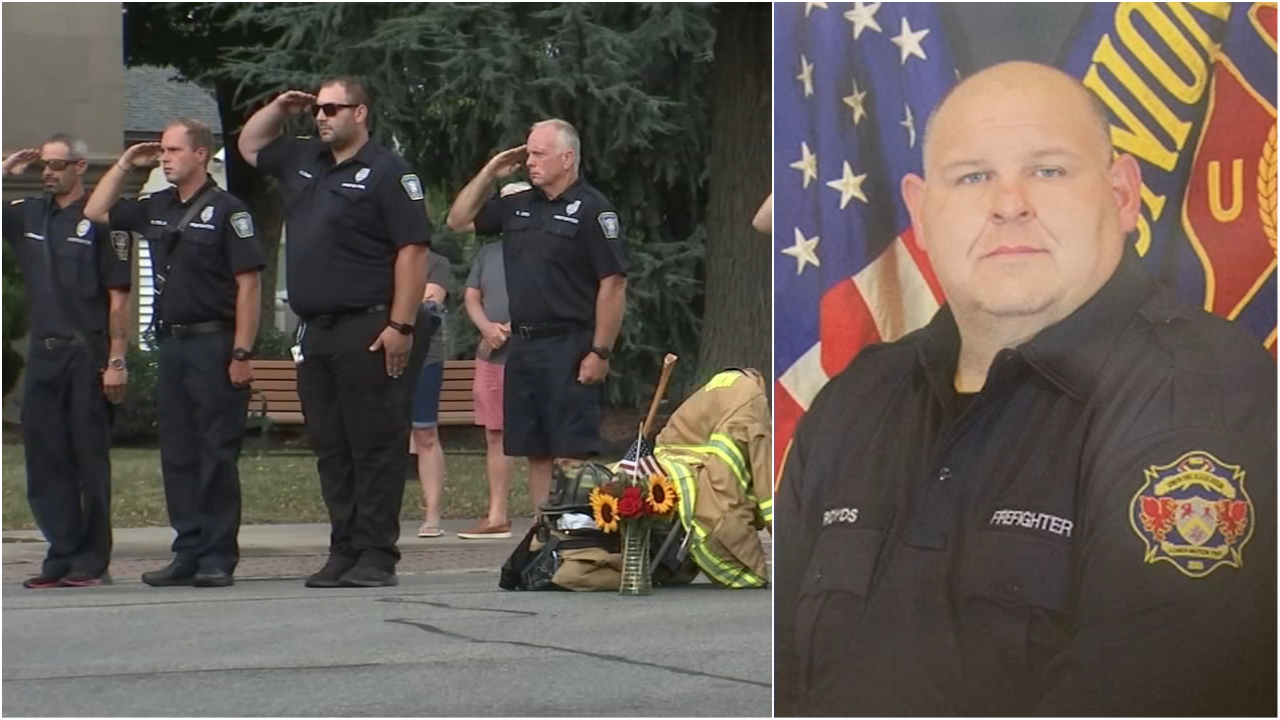 'Tommy,' as his friends called him, was a career firefighter at Union Fire Association and also volunteered in Clifton Heights and Belmont Hills, his hometown.

"You would always see his face at the firehouse and then out driving around in his landscaping truck," said Lower Merion Police Captain Gene Pasternak. "It's a sad day, of course, but you see a lot of familiar faces, and you see that support."
Working for three companies, Royds had a wide grip on the community.

"There's that void, and it's hard to fill, but that's why you have those memories and the stories that will be passed on for as long as we can think back on," said Alosi.