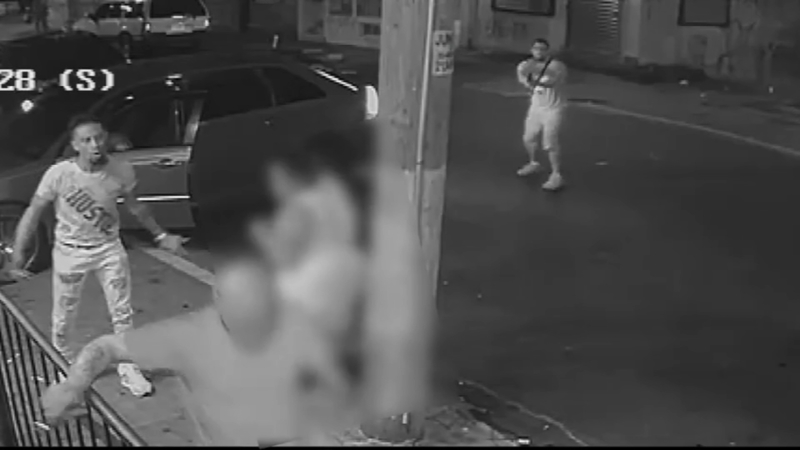 PHILADELPHIA (WPVI) -- A deadly gunfight in North Philadelphia was caught on camera and police are now hoping the video can lead them to the suspects.

The video shows the suspects driving up to a corner on the 400 block of West Indiana Avenue on September 5.

Before the shots are video, some sort of argument in caught on the video.

The suspects then chase the victim down the street before taking off in what police say is a 2004 to 2007 burgundy Chevy Malibu.

The 52-year-old victim suffered multiple gunshot wounds to the torso and head, police said. He died the following day.

A $20,000 reward is being offered for information leading to an arrest.

Moe's Tavern pops up at Springfield Mall in Delco