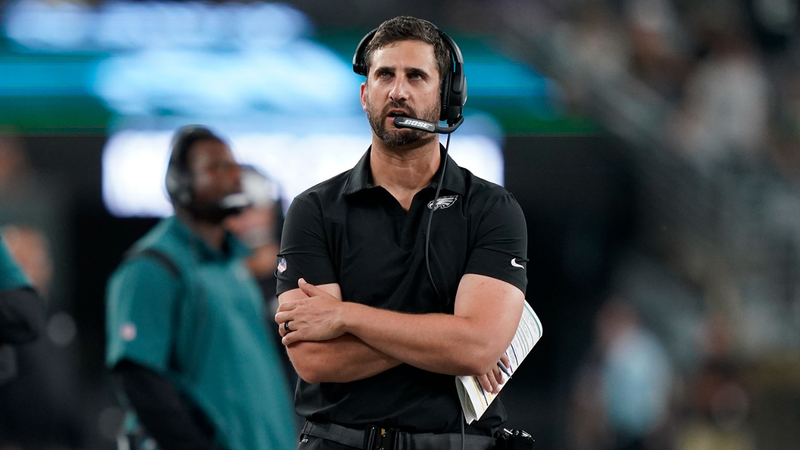 PHILADELPHIA (WPVI) -- Philadelphia Eagles Head Coach Nick Sirianni might be calling the plays, but Jalen Hurts is calling the shots.

The Eagles' quarterback is in the driver's seat with the offense.

" Listen, if I like something and (Eagles offensive coordinator) Shane (Steichen) likes something, and Brian likes something, and we love it, and he hates it, we ain't going to run it," Sirianni said. "So yes, we're to that point, but it's an ongoing thing because sometimes you don't like something against a certain defense or whatever it is. That's an ongoing conversation, an ongoing thing, but I think we're there. We're pretty close."

Sirianni says it's important to him to get to know players on and off the field, and bonding will help build chemistry and wins.
Sirianni is also trying to bond with the city, as he showed up to his press conference Wednesday decked out in Philadelphia Phillies gear.

"I think, as a staff and as a team, talking about the history that this team has and that the city has, and how good of fans we have ...that's been discussed from early on, how special it is" he added.

Sirianni is trying to keep his emotions in check before his first NFL game as a head coach, and if he's nervous, he's not acting like it, according to Eagles' running back, Miles Sanders.