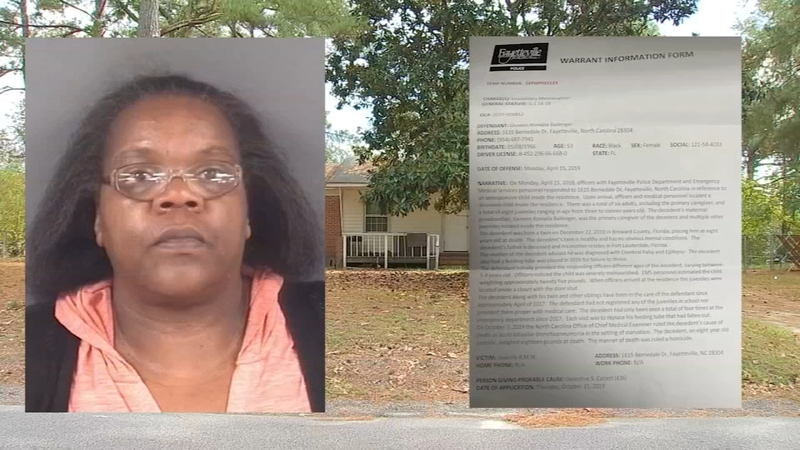 Geneen Ballenger was charged with involuntary manslaughter after a child was found not breathing earlier this year at a home on Berriedale Drive.

According to warrants, when officers arrived at the home, the boy, a twin with cerebral palsy, was found with his twin and other siblings in a closet with the door shut.

There were a total of eight children and six adults living at the home.


Ballenger was the primary caregiver to the 8-year-old, who required a feeding tube to receive nutrients.

The medical examiner ruled the boy's cause of death as "acute bibasilar brochonemonia in the setting of starvation."

Ballenger had not registered any of the children in school nor provided them with proper medical care, warrants stated.

The victim had been seen four times in the past by emergency personnel to replace his feeding tube.

The victim weighed only 18 pounds at the time of his death, according to the medical examiner.

Fayetteville police say the boy's mother lives in Florida; his father is deceased.