"I call on the companies to pass along every penny of this 18-cent reduction to the consumer," said Biden.
WPVI
By Jillian Mele 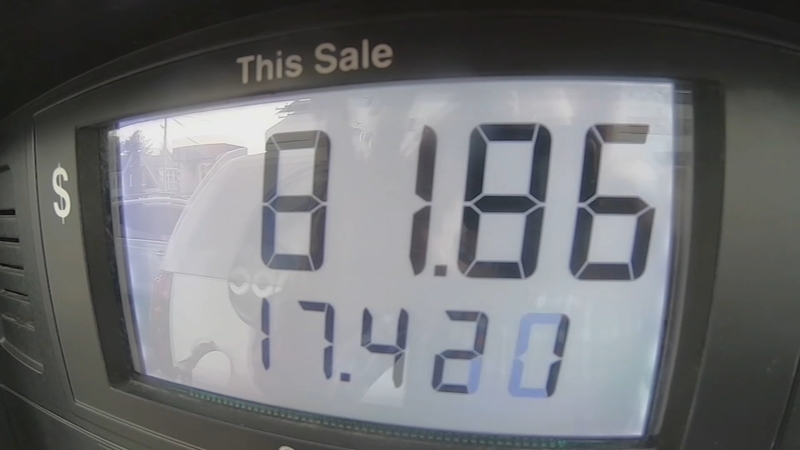 PHILADELPHIA (WPVI) -- President Joe Biden called on Congress Wednesday to approve a federal gas tax holiday. It would be about 18 cents per gallon of gasoline and roughly 24 cents for a gallon of diesel.

This would still need to be approved by Congress. But if it were to go through, economist expert Chris Lafakis said it would be the first time it's ever happened. He also said there is a chance we might not even see all of that 18-cent reduction.

"The administration's move would lower gasoline prices by roughly 10 cents per gallon," said Lafakis, the director at Moody's Analytics.

Lafakis crunched the numbers from multiple states that recently suspended their gas tax, including Connecticut, New York, Georgia and Maryland and says "all of the price savings will not be sent to consumers. Some of it will be chewed up along the value chain: transportation, distribution, marketing, refining oil production. The producers will enjoy a windfall from this as well."

President Biden said, "I call on the companies to pass along every penny of this 18-cent reduction to the consumer. There is no time now for profiteering."

The president also called on states to suspend their gas taxes.

Pennsylvania trails just behind California for the highest in the country when you include all taxes and other fees at 57.6 cents per gallon, New Jersey is at 42.4 cents, with Delaware at 23 cents.

Lafakis said there are several things at play, including a lack of refining capacity.

In 2019, the largest refinery in the Northeast, Philadelphia Energy Solutions, caught fire and closed shortly after.

Lafakis said, then in 2021, global refinery capacity declined for the first time.

"It's more than Russia/Ukraine, it's the situation in the refining industry, a lack of investment during COVID and the Russia/Ukraine crisis on top of that that has created record-high fuel prices," said Lafakis.

There's a bit of positivity for consumers: if Congress approves the gas tax holiday, the reduction in the price of diesel could help at the grocery store.