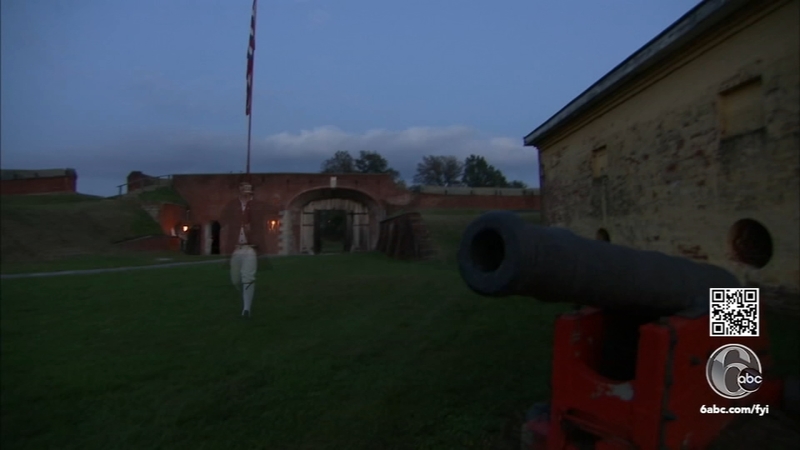 PHILADELPHIA (WPVI) -- Tour Fort Mifflin during the day and you'll learn all about its history -- both the good and the bad.

Known as the fort that saved America, it played a critical role in the Revolutionary War.

But when the sun sets around Halloween, you can get the paranormal history too, with guided candlelight ghost tours through the dark fort.

And everyone who works here, it seems, has a story to tell about their unseen co-workers.

Fort Mifflin was built by the British on what was known as Mud Island. Its initial role was to defend Philadelphia and help collect the King's taxes.

But the Revolutionaries had control of the fort by the Civil War and it was used again during the Civil War when it was a prison camp and both World Wars.

Plus it housed patients during the city's yellow fever epidemic in 1793 so, Executive Director, Beth Beatty says, "there's layers of hauntings here."

Purchase timed tickets in advance: $20 per person, $15 for children 12 and under.