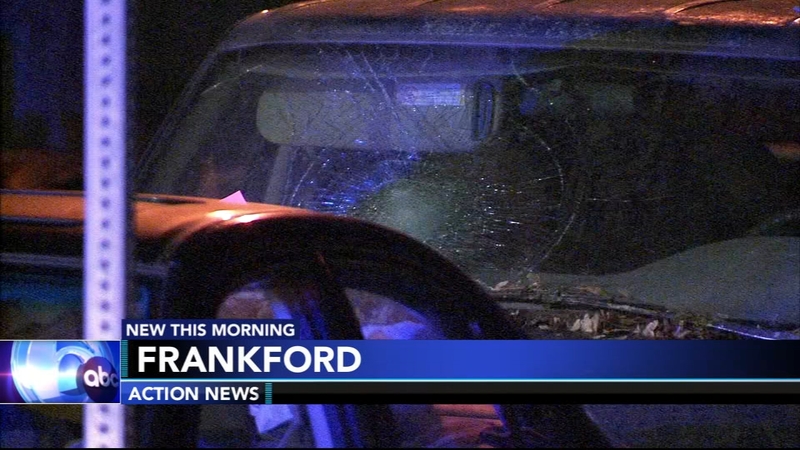 PHILADELPHIA (WPVI) -- A 23-year-old man was shot and killed two blocks from where he lived in the Frankford section of Philadelphia, police said.

It happened around 2 a.m. Tuesday on the 4900 block of Penn Street.

Arriving officers found the 23-year-old victim lying between two parked vehicle. He was unresponsive with gunshot wounds to the face, torso and legs.

He was taken to the hospital where he was pronounced dead a short time later.

While at the scene, authorities found a semi-automatic weapon on his waistband.

At least four parked cars were hit during the shooting.

Witnesses said they saw a dark-colored vehicle, possibly an SUV, fleeing the scene at a high rate of speed after the shots were fired. Police are not sure if the vehicle was involved in the incident.