Police say the suspects were last seen leaving in a silver Toyota Rav4 with no license plate.
WPVI
By Katie Katro and 6abc Digital Staff 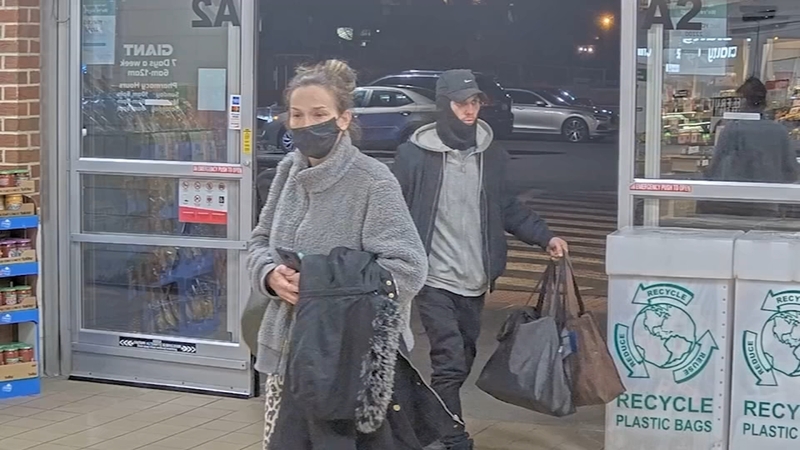 However, the woman got away. In total, police say a woman and man have stolen around $12,000 worth of items.

Police said the two incidents took place on February 22 and March 7 at the GIANT supermarket on York Road in Willow Grove.

Each time officials say the pair loaded up their carts and walked calmly past the registers and out the door.

Police believe they are stealing to support their drug habit.

"They're taking anything that's easy to re-sell, and there is a market for it down in Kensington the stores will illegally buy back products and then sell them," said Kelly.

Police say they've noticed a pattern in surrounding counties too, where these brazen bandits won't stop until they are caught.

Authorities think they may have stolen from other GIANTs in the area, including the Flourtown Giant on March 4, stealing similar items worth around $5,000.

They were last seen leaving in a silver Toyota Rav4 with no license plate.

If you have any information police want to hear from you. Tips can remain anonymous.