2 charged with disorderly conduct after massive brawl at Golden Corral

The fight broke out on January 28 at the Golden Corral located on the 1400 block of Street Road.
WPVI
By 6abc Digital Staff 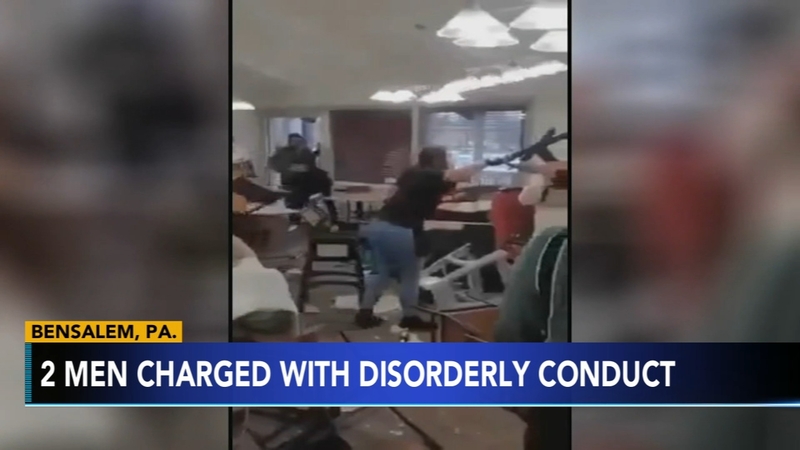 2 charged with disorderly conduct after massive brawl at Golden Corral

BENSALEM, Pennsylvania (WPVI) -- Bensalem police have charged two men in connection with a brawl at the Golden Corral restaurant in January.

The fight broke out on January 28 at the chain restaurant on the 1400 block of Street Road.

Alexis Rios spoke with Action News after the incident.

Alexis Rios says the brawl started over a misunderstanding regarding a piece of steak.

He claims the fight started over a piece of steak.

Police say the pair are not charged in the fight but say they refused to comply with the investigation and acted in a hazardous way after the fight dispersed.

No serious injuries were reported in the incident.