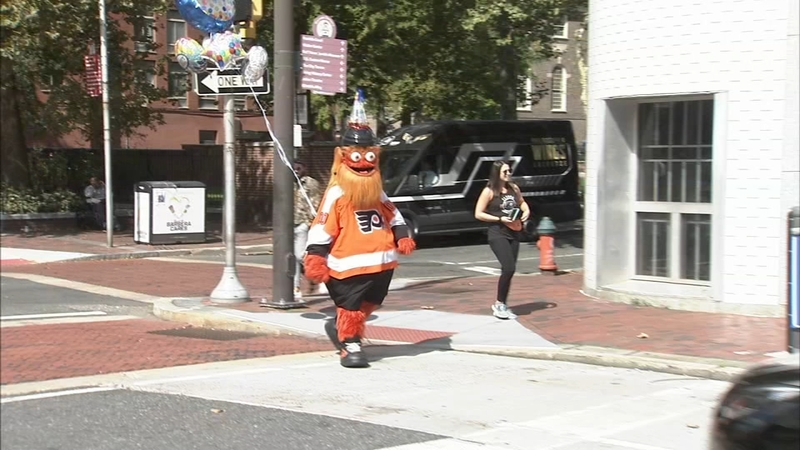 PHILADELPHIA (WPVI) -- It may be hard to imagine what Philadelphia was like before one of its beloved mascots ever existed.

It was one year ago that the Flyers introduced Gritty to fans and the world.

He then made his way through the streets of Philadelphia to greet all his fans.

Gritty made quite a memorable debut during his first game when he slipped while on the ice.
EMBED More News Videos

But he has been winning fans over ever since.

Including one of his first tweets to the Pittsburgh Penguins

Or when he came in like a wrecking ball

Or played in his first snowfall

Or when he met mini-Gritty
EMBED More News Videos

Philadelphia Flyers mascot 'Gritty' met a mini version of himself on Thursday night at the Wells Fargo Center in Philadelphia. (Credit: Rebecca Werez via Storyful)

And how can we forget when he surprised a young fan with a Gritty-themed prosthetic leg.
EMBED More News Videos

Gritty has even won multiple awards:

Who knows what this next year will have in store for Gritty and his fans!