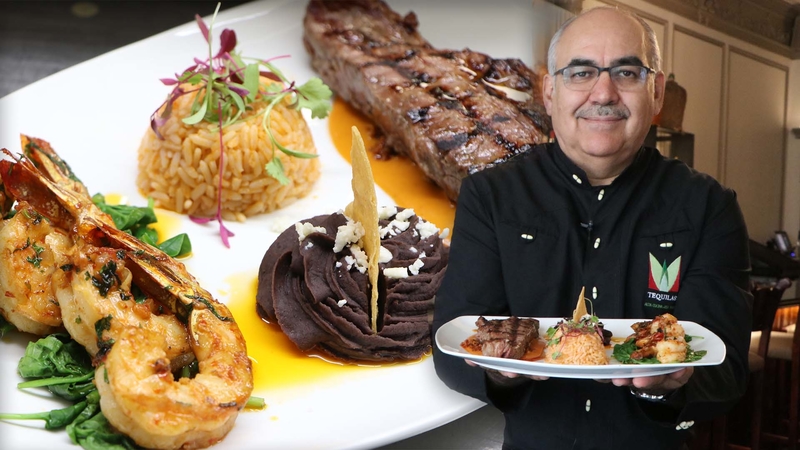 PHILADELPHIA, Pennsylvania (WPVI) -- "Who would have thought that a young immigrant would move here 23 years of age and then a year later be operating a Mexican restaurant," asked David Suro. "Against all odds, to survive this long."

Suro founded Tequlias Restaurant and Bar in 1985, inspired by his roots in Guadalajara, Mexico. The eatery in Center City, Philadelphia, occupies the historic building where William Duane, the former U.S. Secretary of the Treasury, once lived.

Upon entry, guests are greeted with murals of Los Catrines, iconic skeletal caricatures symbolizing social and political discourse. Simply put, they are an appetizer to the world of Mexican education that Suro serves every day.

"I grew up in a house where food was one of the main activities of the day," he said. "I was exposed to the culture of tequila, not from a drinking perspective, but the farming and all the agave plantations."

Suro carefully selects his drink offerings in order to ensure they are ethically sourced and true to his cultural origins. Especially during the '80s, it was an opportunity to introduce authentic cuisine to counter mainstream fast-food fajitas and tacos.

"What we brought to the table was not just our authentic food, but the high-end ingredients that were using in each dish," he said.

Tequilas suffered through the COVID-19 pandemic just like any other restaurant, but have recently returned with new interior designs to wow customers when they return to dine. They are also participating in Center City District Restaurant Week, where more than 60 eateries are offering deals to encourage locals and visitors alike to visit once more.

"Restaurant week has always been a way to introduce people to new restaurants that they may have not even known existed or always wanted to try and it wasn't at a price point that they were comfortable with," said Giavana Suraci, Manager of Marketing and Events for Center City District.

From September 18 to September 30, participating restaurants will offer $40 three-course dinners and $25 pre-course lunches.

"Everyone from Italians to Asians and Mexican here at Tequilas," Suraci said. "So, there really is something for everyone to enjoy."

Suro thinks Restaurant Week represents the American melting pot that allowed him to thrive with his own business.

"This is one of the most beautiful things about Philadelphia and United States," he said. "People from all over the world gathering and bringing the best of where they're coming from."

To learn more about Tequilas or Restaurant Week, visit their websites.

RELATED: Black-owned 'LesbiVeggies' café to serve healthy eating with side of inclusivity

She's only 23 years old, but Lindenwold native Brennah Lambert is about to open a café in the middle of a pandemic.