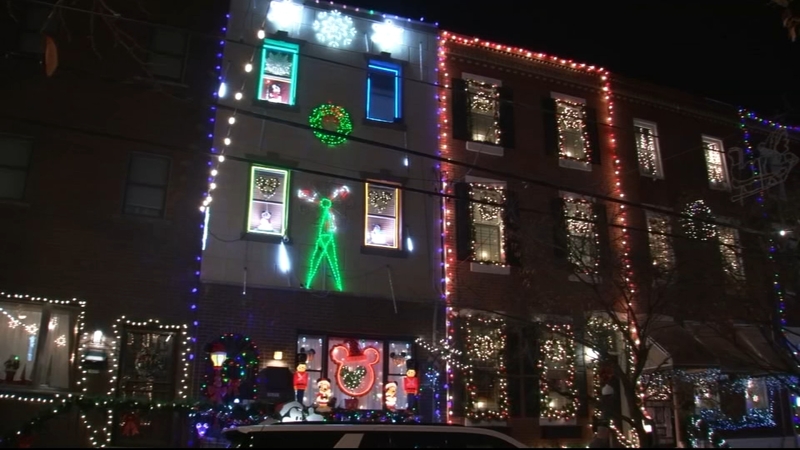 PHILADELPHIA (WPVI) -- While it may not be the full display of years past, the Miracle on South 13th Street is still a sight many families love to see.

"This is a great memory we have every year," said Stephen Weeks of South Philadelphia.

The Weeks family were among the people who enjoyed the holiday light displays, while the reminder of the pandemic was not too far out of sight.

"We're used to wearing masks. So, you just wear your mask, and it's a beautiful night tonight," said Monica Weeks.

The forecast even called for a little (man-made) snow for lovers of a winter wonderland.

"It makes me really proud to see that it's still going on," said South 13th Street homeowner Bill Mastro.

Mastro is a newcomer to 13th Street and this year easily a top contender for most holiday spirit with his snowmakers leading up to The Miracle.

In Haddonfield, New Jersey, there were two Santas driving around in a tricked-out sleigh that were going around giving out candy canes and $2 bills.

Their sleigh of lights stopped along Evergreen Lane for the block's inaugural holiday light display.

"This is important, and it really came together," said Evergreen Lane organizer Megan York Parker.

Parker convinced nearly 50 of her neighbors to set up the lights, which has also brought about the reveal of The American Christmas Flag -with an American Flag border, the words 'Merry Christmas America,' and a Christmas tree and stars in the center.

The flag idea, now patented and visible around every home, is how resident Stephen Dowling now makes money after losing his main business in the pandemic.

Down the way, the Vail family was collecting socks for the less fortunate.