Man shot and killed while driving in Hunting Park

Police said the victim had been shot at least once in the head.
WPVI
By 6abc Digital Staff 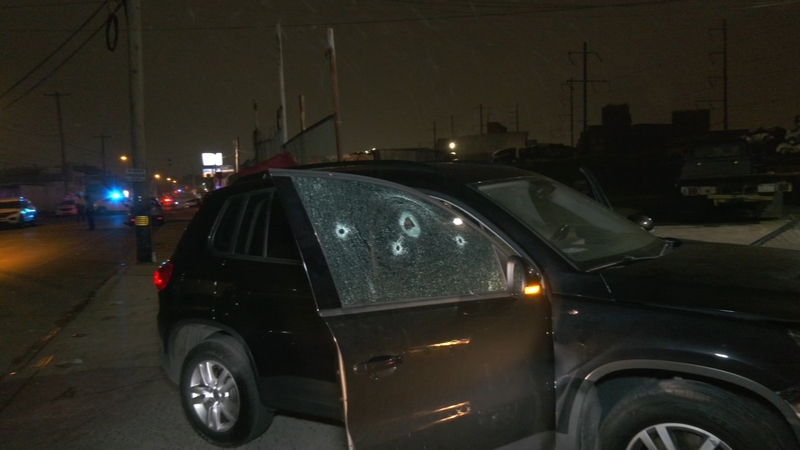 Man shot and killed while driving in Hunting Park

PHILADELPHIA (WPVI) -- A car crash in the Hunting Park section of Philadelphia has turned into a homicide investigation.

Police say a Volkswagen SUV jumped the curb around 11 p.m. Thursday on the 400 block of West Sedgley Street and crashed into a fence.

When police arrived at the scene, they found the 32-year-old driver had been shot.

"There was a shooting victim slumped inside. The doors were locked, so police had to actually break the driver's side rear door window to get inside, to get to this victim," Philadelphia Police Chief Inspector Scott Small said.

Police said the victim had been shot at least once in the head.

There were four bullet holes in the front passenger side door and one in the driver's side door of the SUV.

Officers rushed the man to Temple University Hospital where he was pronounced dead.

Officers found six shell casings and a loaded revolver not too far from the crash scene, along with a trail of blood. Small said the revolver appeared to have been broken, possibly from being run over.

As police were investigating, they were notified of another shooting victim who had been taken by a private vehicle to Einstein Medical Center.

Investigators are looking into whether that victim is connected to the Sedgley incident.