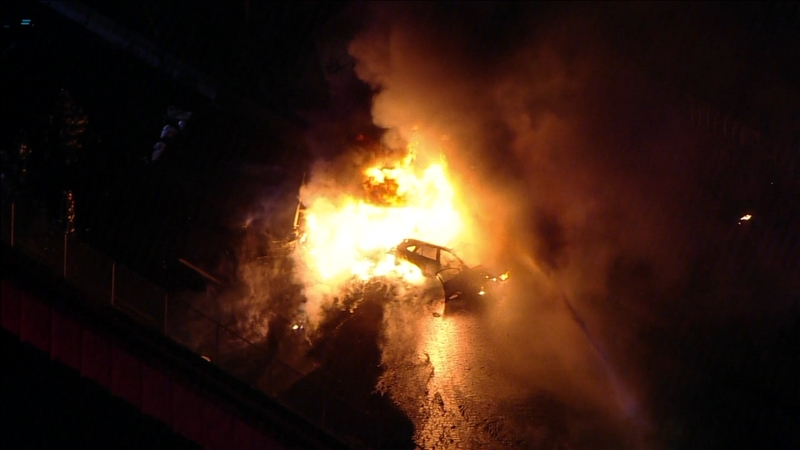 3 injured in fiery I-95 crash in Bucks County

BENSALEM, Pennsylvania (WPVI) -- Three people were injured in a fiery crash between a tanker truck and an SUV that shut down part of Interstate 95 in Bucks County.