A 33-year-old woman, who was also playing basketball, was shot in the leg.
WPVI
By 6abc Digital Staff and Katherine Scott 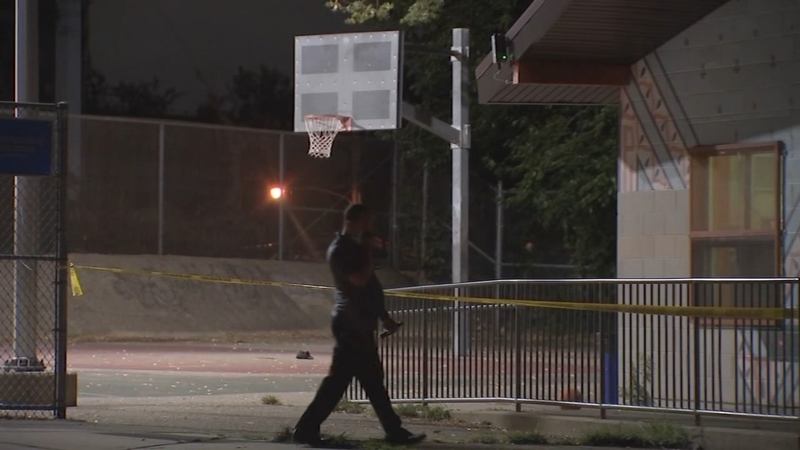 Teen shot in head while playing basketball at Philly playground

PHILADELPHIA (WPVI) -- A 15-year-old female is fighting for her life after being shot while playing basketball at a Philadelphia rec center Tuesday night.

"They appear to be hit by stray bullets," Philadelphia Police Chief Inspector Frank Vanore said. "There was at least one possible 4-year-old also shooting a basketball there, so it's very scary and very disgusting that somebody would just fire into a crowd of people that have nothing to do with anything."

On Wednesday morning, detectives were back in and around the playground looking for more evidence.

Police say the shooting victim frequents the Jerome Brown Playground and is well known to the staff.

"She's known to the staff here. They say she's a really nice girl. She also lives one half a block away from this location where she was shot," said Chief Inspector Scott Small with the Philadelphia Police Department.

"The entire incident was captured on cameras that are at the playground, and it's very tragic. It shows this 15-year-old female actively playing basketball, actually dribbling the basketball, when she suddenly collapses when she gets shot," said Small.

Police say between six and eight people were playing basketball on the north side of the playground when witnesses told police around a half dozen shots were fired.

Investigators say officers found the 15-year-old female victim lying face down on the court. She had been shot twice in the head and was unresponsive.

She was taken to the hospital where she is currently listed in extremely critical condition.

According to the 6abc Data Journalism Team, as of Monday, 138 youth under 18 had been shot in Philadelphia so far in 2021, up 42% from this time last year.

For people who live here, the continuing violence is overwhelming.