NEW CASTLE, Delaware -- Joe Biden made his first in-person appearance in more than two months on Monday as he marked Memorial Day by laying a wreath at a veterans park near his Delaware home.

Since abruptly canceling a March 10 rally in Cleveland at the onset of the coronavirus pandemic, the presumptive Democratic presidential nominee has waged much of his campaign from his home in Wilmington. When Biden emerged on Monday, he wore a face mask, in contrast to President Donald Trump, who has refused to cover his face in public as health officials suggest.

Biden and his wife, Jill, laid a wreath of white flowers tied with a white bow, and bowed their heads in silence at the park. He saluted. "Never forget the sacrifices that these men and women made," he said after. "Never, ever, forget."

"I feel great to be out here," Biden told reporters, his words muffled through his black cloth mask. His visit to the park was unannounced and there was no crowd waiting for him.

But Biden briefly greeted a county official and another man, both wearing face masks and standing a few feet away. Biden also yelled to another, larger group standing nearby, "Thank you for your service." His campaign says Biden has gone to the park for Memorial Day often in the past, though services were canceled Monday in the pandemic.

Though low-key, the appearance was a milestone in a presidential campaign that has largely been frozen by the coronavirus outbreak. While the feasibility of traditional events such as rallies and the presidential conventions are in doubt, Biden's emergence suggests he won't spend the nearly five months that remain until the election entirely at home.

Trump, eager to project a country coming to life even as the pandemic's death toll approached 100,000, presided over back-to-back events at Arlington National Cemetery in Virginia and Fort McHenry in Baltimore.

After a wreath-laying ceremony at Arlington, Trump mourned the fallen in remarks at the Baltimore historic site and praised the contribution of service members "on the front lines of our war against this terrible virus."

The coronavirus has upended virtually all aspects of American life and changed the terms of the election. Trump's argument that he deserves another term in office because of the strong economy has evaporated as unemployment rises to levels not seen since the Great Depression.

As a longtime senator and former vice president, Biden is trying to position himself as someone with the experience and empathy to lead the country out of a crisis. Trump counters that he is the leader who can preside over an economic rebound later this year or in 2021.

Biden has adjusted to the coronavirus era by building a television studio in his home, which he's used to make appearances on news programs, late-night shows and virtual campaign events. Some of those efforts have been marred by technical glitches and other awkward moments.

Some Democratic strategists have openly worried that Biden is ceding too much ground to Trump by staying home. The president himself has knocked Biden for essentially campaigning from his basement.

Biden's advisers say they plan to return to normal campaign activities at some point, including travel to battleground states. But they're in no hurry, preferring to defer to the advice of health experts and authorities' stay-at-home and social distancing recommendations.

At 77, Biden is among the nation's senior population thought to be especially vulnerable to the effects of the coronavirus - though so is Trump, who turns 74 next month.

"We will never make any choices that put our staff or voters in harm's way," Biden campaign manager Jen O'Malley Dillon said recently, adding that the campaign would resume more traditional activities "when safety allows, and we will not do that a day sooner."

Trump has not resumed the large rallies that were the hallmark of his 2016 campaign and presidency but has begun traveling outside Washington in recent weeks. He visited a facility producing face masks in Arizona and a Ford plant in Michigan that has been converted to produce medical and protective equipment.

Trump even played golf at his club in Virginia on the weekend, hoping that others will follow his lead and return to some semblance of normal life and gradually help revive an economy in free fall.

It was the president's first trip to one of his money-making properties since March 8, when he visited his private golf club in West Palm Beach. The World Health Organization declared the coronavirus a pandemic on March 11, and Trump followed with the national emergency declaration two days later.

Biden's campaign wasted little time producing an online video offering blurry, faraway footage of Trump on the golf course, imposed over images evoking the virus ravaging the nation as the number of Americans dead from the pandemic approached 100,000. The video concluded by proclaiming: "The death toll is still rising. The president is playing golf."

Trump spent Memorial Day visiting Arlington National Cemetery and the Fort McHenry national monument in Baltimore, to be followed by a trip to Florida's coast on Wednesday to watch to U.S. astronauts blast into orbit. 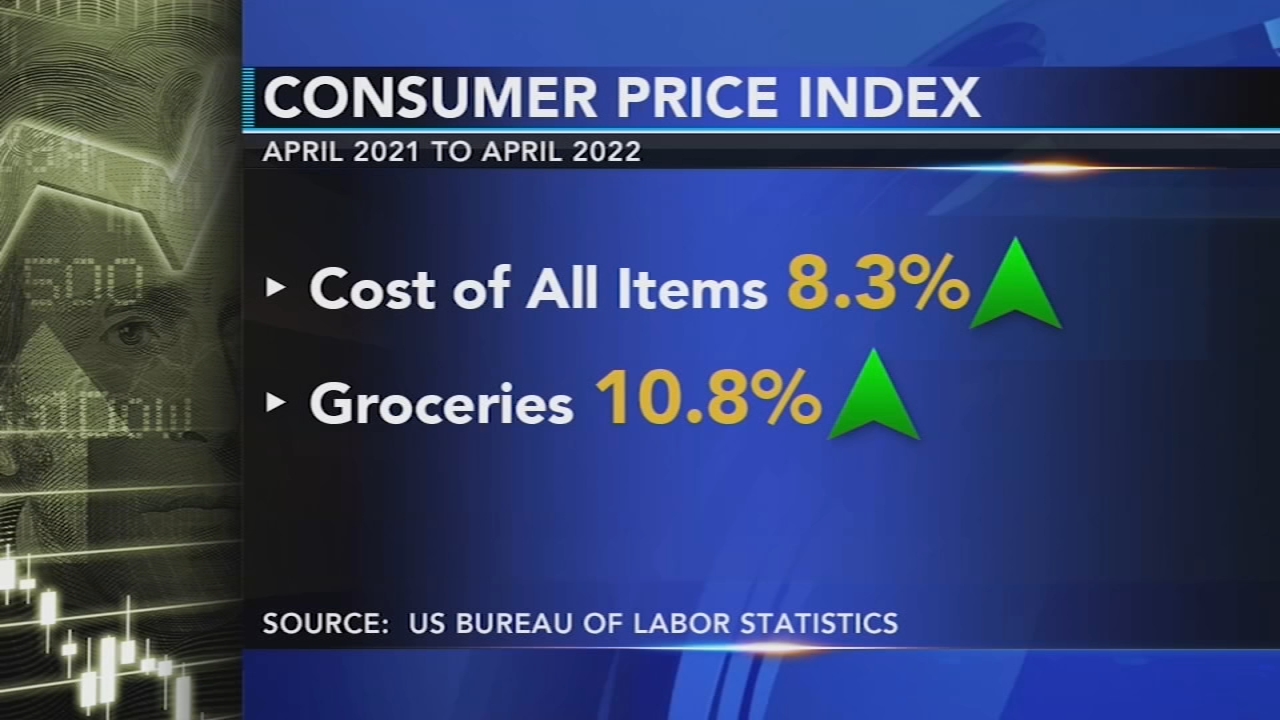 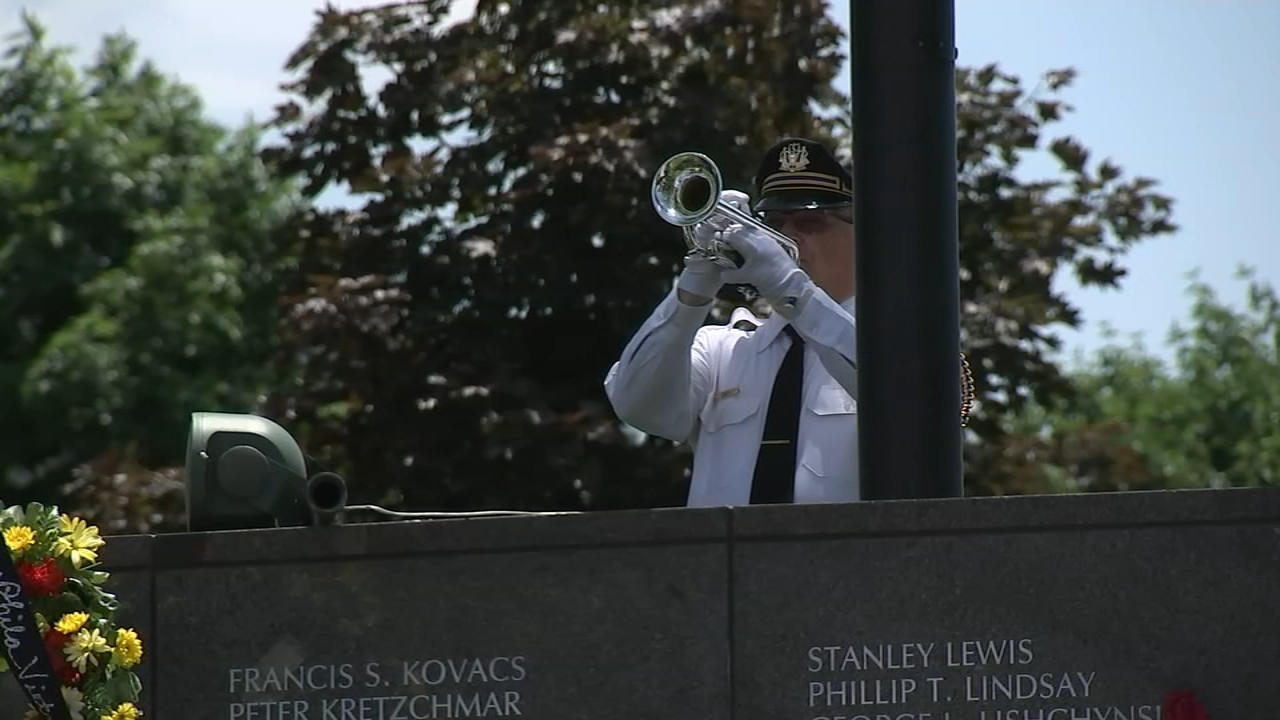 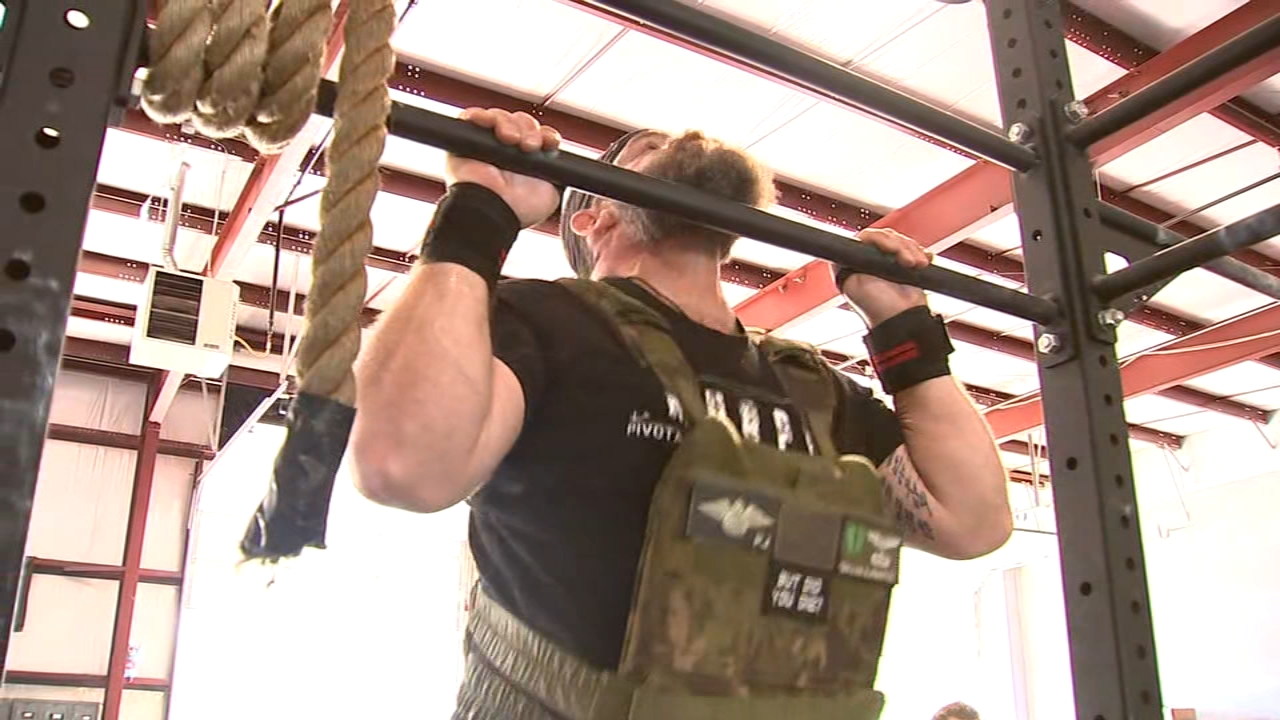 CrossFit gym in NJ honors those who made the ultimate sacrifice