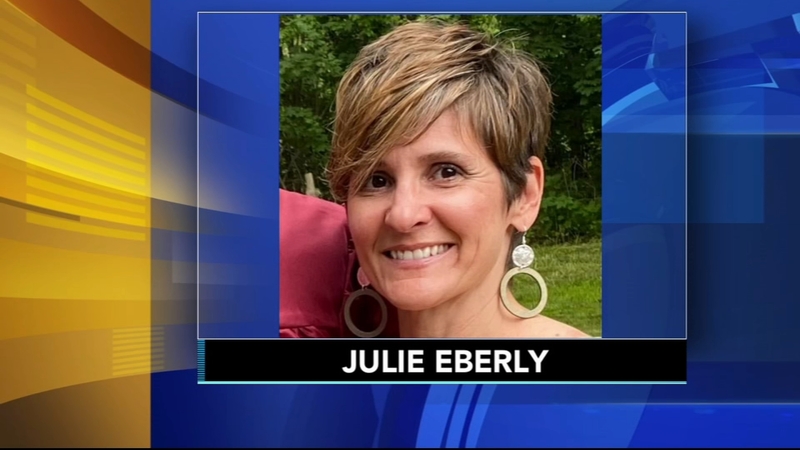 LUMBERTON, North Carolina (WPVI) -- A Lancaster County, Pennsylvania family is receiving an outpouring of donations after a 47-year-old mother of six was killed in a road rage shooting in Lumberton, North Carolina on Thursday.

As of Monday morning, the family's GoFundMe titled the 'Julie Michelle Eberly Memorial Foundation' received more than $44,000 from over 950 donors. The fund hauled in $32,710 from 660 donors in its first 24 hours.

"We want to raise funds to honor Julie and her life. Julie was a beautiful, loving, generous, and giving person," the family wrote on GoFundMe. "We will be using the funds to help others and to give to the organizations that were close to her heart."

Eberly, a mother of six, was killed on I-95 while on her way to Hilton Head, South Carolina with her husband to celebrate their anniversary. Robeson County investigators said the victim's vehicle came close to the suspect's vehicle during a merge into a lane. That's when the suspect pulled next to Eberly and opened fire into her car.

She was headed to the beach with her husband when the shooting happened.

Now, authorities are asking for the public's assistance in finding a 2010 model silver or grey Chevrolet Malibu or Impala with dark-tinted windows and chrome around the window frame. The vehicle was last seen traveling southbound down I-95 to Exit 22.