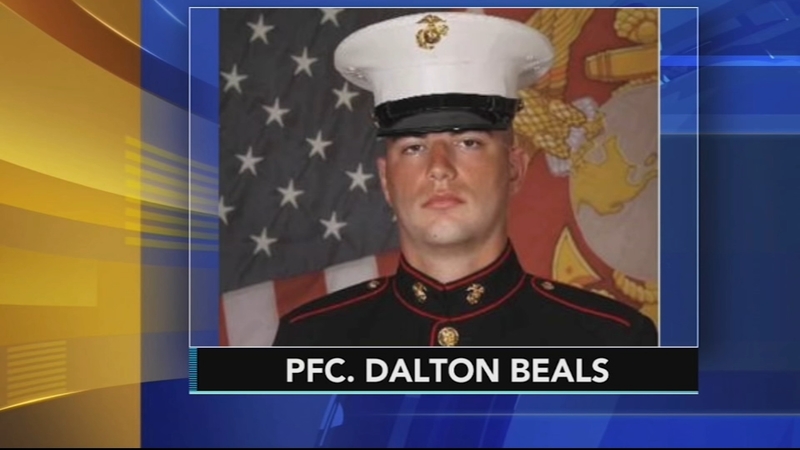 PENNSVILLE, New Jersey (WPVI) -- Authorities are investigating the death of a 19-year-old Marine Corps recruit during a strenuous exercise that caps a 13-week training course at South Carolina's Parris Island.

According to a Facebook post from officials with the installation - one of two Marine training depots in the country - Pfc. Dalton Beals died Friday during an exercise known as "The Crucible," the final test of recruit training. 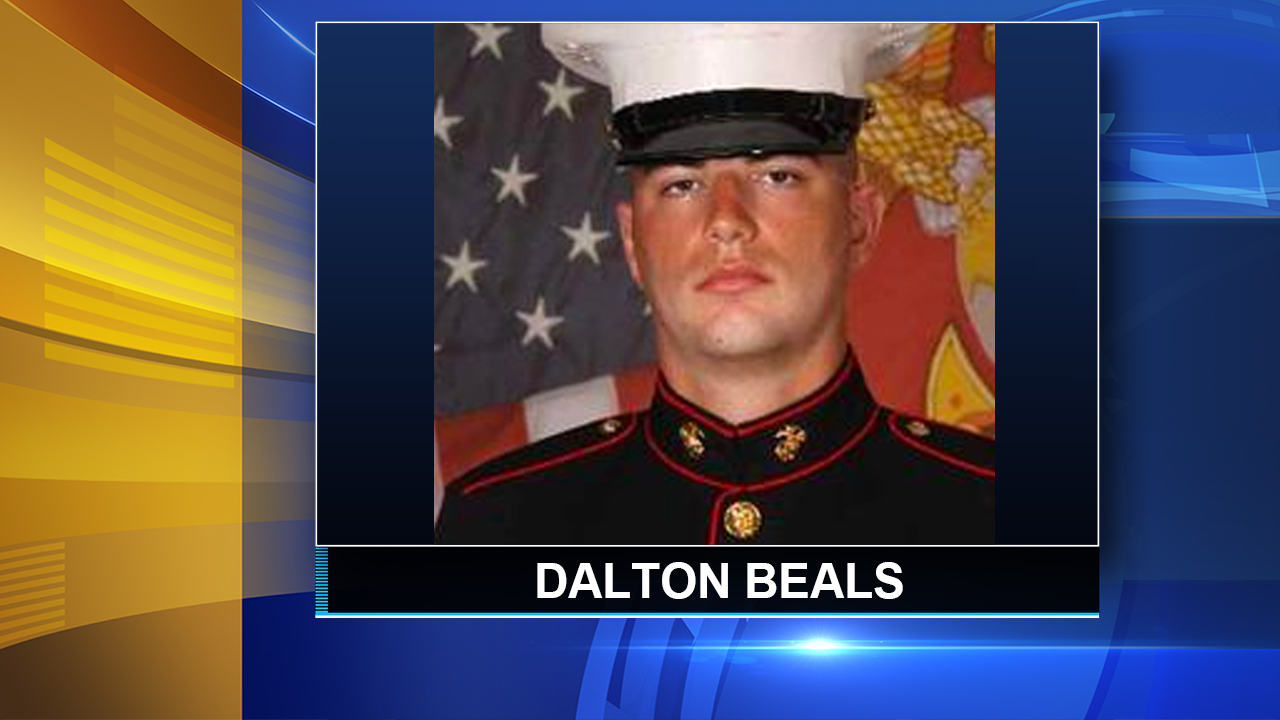 "On Friday, June 4th, Private First Class Dalton Beals passed away during the conduct of The Crucible with the new Marines of Echo Company. Our deepest condolences go out to Dalton's family and to the Marines and staff of Echo Company. The cause of death is currently under investigation."

Further details about Beals' death, which remains under investigation, have not been released.

"We're all just in shock here in Pennsville," said Bob Gant, president of the Salem County Fraternal Order of Police. "Great parents, great family. Dalton Beals was the same age as my son, both graduated together here in Pennsville."

Beals graduated in 2020 from Pennsville Memorial High School in Pennsville, New Jersey, the school noted in a Facebook post.

"The flags at the Pennsville High School Memorial and Stadium Complex will be flown at half-staff in honor of the memory and service of PMHS 2020 Graduate and United States Marine Dalton Beals. Dalton died serving his country this past Friday, June 4th. As Pennsville High School is a Memorial School, his sacrifice to his country will forever be memorialized along with those who have gone before him, George Callan (Class of 62), and William Keeler (Class of 66)," the post read.

In a statement, McFarland called Beals a "great all around person...a good student, a 3-season athlete and involved in so many aspects at our high school." 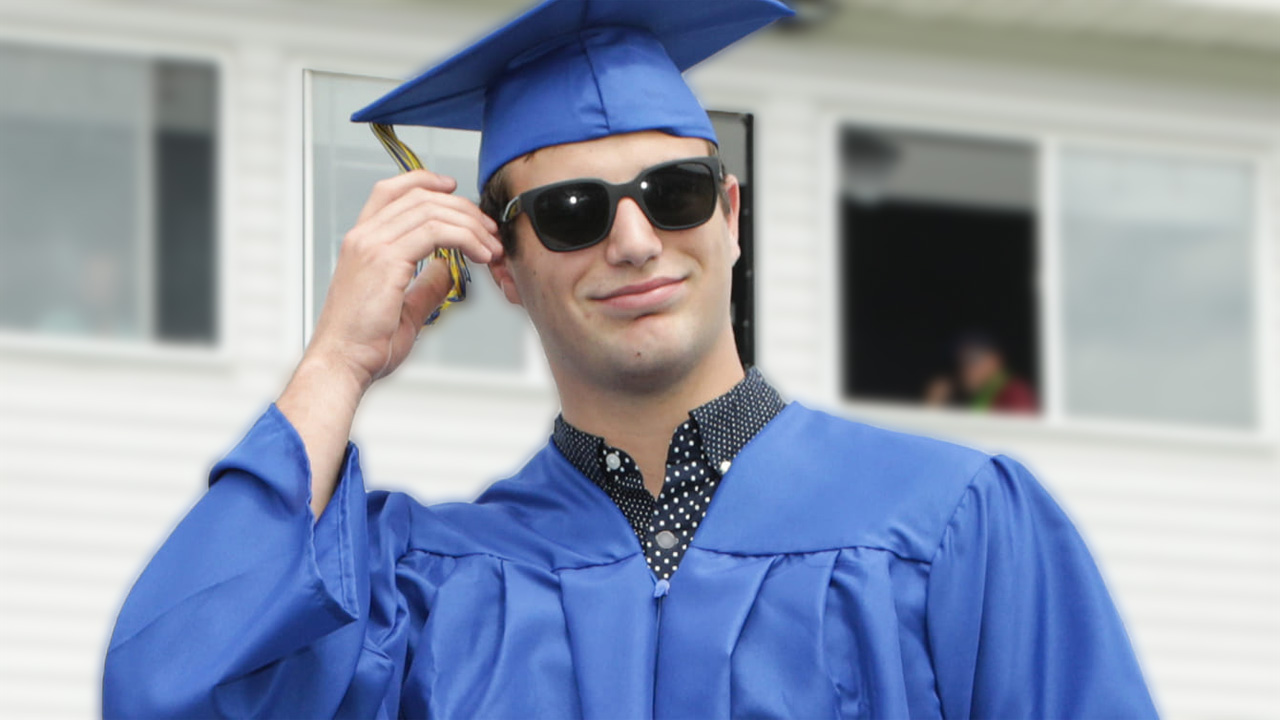 The principal continued, "He was kind and had an internal strength to keep going when others would have given up. When I heard he had joined the Marines I couldn't think of a more fitting place for him to channel his strength and perseverance into service. The news of his loss has hit me, our school, and community with shock and disbelief. Dalton was the best of us all. While we grieve his passing, we are so proud of his dedication and commitment to our country. His memory and sacrifice to our country will be something that we will continue to recognize as we move from grief to celebrating the amazing person that touched so many of our lives."

Several days before Beals began The Crucible, his mother posted on Facebook about the details of the grueling exercise, which she called "the final leg of my baby's journey to becoming a Marine!" The 54-hour effort, during which recruits are allowed limited food and sleep, includes 48 miles of hiking, loaded with heavy gear.

A GoFundMe set up to help Beals' family with funeral expenses noted that he had been set to graduate from training on June 18.

Governor Phil Murphy ordered that the U.S. and New Jersey flags be flown at half-staff at all state buildings and facilities on Wednesday to honor Beals.

"Private First Class Beals was beloved by his family, his community, and his state," Murphy said in a statement Tuesday. "His recent passing is a tragic loss for New Jersey and for our country. Pfc. Beals had his whole life and his career ahead of him, and I know that he would have continued to serve with distinction, honor, and bravery. Our thoughts and prayers are with Pfc. Beals' family and friends during this painful time."

An online fundraiser described Dalton as a son, a brother, a friend of many -- an incredible athlete and a U.S. Marine. His mom described him as the most sincere, kindhearted sweet and amazing young man.

There have been a number of recruit deaths through the years at Parris Island, which has been training Marines since 1915 on the island off South Carolina's coast.

In 2018, a judge dismissed a lawsuit from the family of Raheel Siddiqui, a 20-year-old recruit from Michigan who killed himself in 2016 after a confrontation with a Parris Island drill instructor.

Siddiqui's family disputed his suicide, saying he was targeted because of his Islamic faith. Several Marines were ultimately convicted for abuse, following evidence that drill instructors beat, choked and kicked recruits.