The president's only niece spoke to ABC News chief anchor George Stephanopoulos in an exclusive interview following the release of her memoir, "Too Much and Never Enough: How My Family Created the World's Most Dangerous Man."

Mary Trump said her sociopathic grandfather led a "dysfunctional" family and turned her uncle, President Donald Trump, into a damaged man who poses a threat to America.

The president's only niece spoke to ABC News chief anchor George Stephanopoulos in an exclusive interview following the release of her memoir, "Too Much and Never Enough: How My Family Created the World's Most Dangerous Man."

Mary Trump, a trained psychologist, described her wealthy grandfather Fred Trump as a man who had no empathy and used people -- including his wife and children -- as pawns.

Her book details how her uncle once had a "spark of kindness," but her grandfather trained him to suppress his emotions, viewing sadness and kindess as "superfluous" and "unmanly."

She wrote that she now has "no problem calling Donald a narcissist -- he meets all nine criteria as outlined in the 'Diagnostic and Statistical Manual of Mental Disorders.'"

"There are so many parallels between the circumstances in which my family operated and in which this country is now operating ... I saw, firsthand, what focusing on the wrong things, elevating the wrong people, can do. The collateral damage that can be created by allowing someone to live their lives without accountability," Mary Trump told Stephanopoulos.

Mary Trump traced much of her pain to the death of her father, Fred Trump Jr., who died from struggles with alcoholism when she was 16. She claimed that as her father died in the hospital completely alone, his brother Donald went to the movies.

"Maybe that would have looked bad to his father, and maybe sitting around waiting for the phone call was too burdensome. I often wonder, what movie did he go to see that seemed more compelling than sitting with his dying brother?," she said.

The president, who rarely admits mistakes, told The Washington Post last year that he regretted the pressure he and his father had put on Fred Jr. to join the family business when his brother wanted to be a pilot instead.

After her grandfather died in 1999, Mary Trump learned that he had essentially cut her and her brother out of his will. When she and her brother then filed a lawsuit, the rest of the family sought "to cause us more pain and make us more desperate," ending the medical insurance they had always received through their grandfather's company, Mary Trump wrote.

She told ABC News the most devastating part of the lawsuit was losing her relationship with her grandmother.

"I'm a Trump. Everything's about money in this family. But I'm also different from them. Money stood in for everything else. It was literally the only currency that the family trafficked in," Mary Trump said.

The White House slammed Mary Trump's accusations, labeling her memoir as a "book of falsehoods" and accusing her of lying for money.

"If I had wanted money or revenge, I would have done this 10 years ago when it was infinitely safer, but neither one of those things interested me," Mary Trump said.

Mary Trump's uncle Robert, the president's younger brother, unsuccessfully urged a court to block the book's release. And another legal effort by Robert Trump to block Mary Trump from publicly promoting the new book also failed, with a New York judge ruling Monday that she was free to speak publicly.

On the eve of its publication, Mary Trump's book was ranked No. 1 on the Amazon.com list of best-selling books. 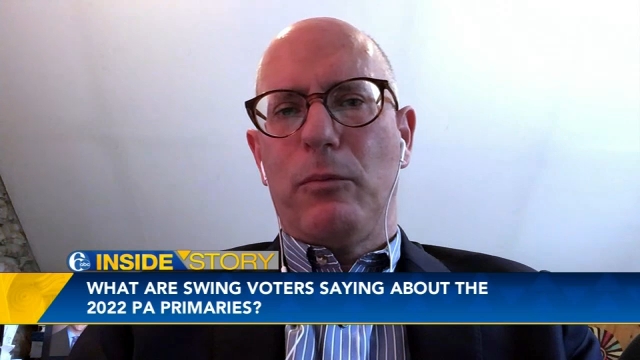