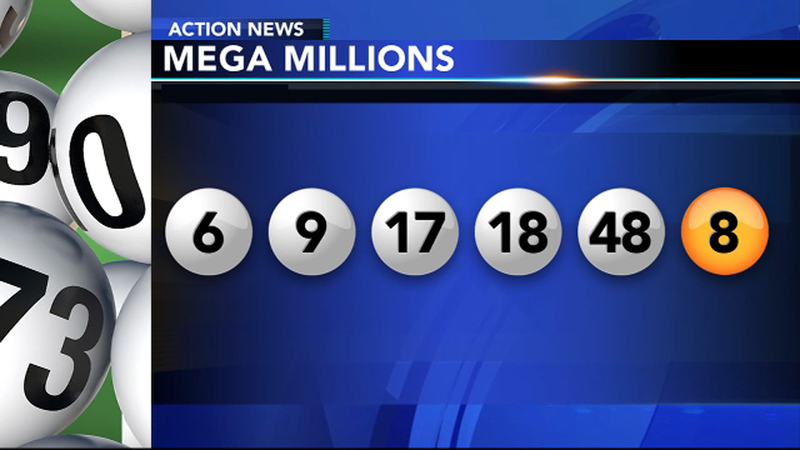 PHILADELPHIA -- Someone in the Keystone State is half a billion dollars richer. A winning Mega Millions ticket from Friday night's drawing, was sold in Pennsylvania with an estimated prize of $515 million, according to a press release from Mega Millions.

It's still unknown where the winning ticket was sold in the commonwealth. A Pennsylvania lottery spokesperson told Action News that more information would be released on Monday.

Friday's win marks the third-largest Mega Millions jackpot of all time and the largest ever in Pennsylvania, according to Mega Millions.

SEE ALSO: Most of us won't win the lottery, but here's who still benefits
EMBED More News Videos

Very few people will win the lottery, but there are plenty of Pennsylvania residents who benefit from every drawing.

There were other winners of small prizes as well, in Friday's drawing. There was a total of 1,702,748 winners at all other prize levels, according to the Mega Millions web site.

"Fifty-three tickets across the country matched four white balls plus the Mega Ball to win the game's third prize. Ten of those are worth $30,000 each because they included the optional Megaplier (a $1 additional purchase available in most states); the Megaplier for this drawing was 3X. The other 43 third-tier winning tickets are worth $10,000 each," Mega Million's press release stated.